In industrial production of the major cephalosporins, we witness a development quite similar to that in the major penicillins. Using very clever chemistry, the 6-APA nucleus of penicillin is transformed into the 7-ADCA nucleus of cephalosporin. Among the products are semisynthetic cephalosporins like Cephalexin and Cephadroxil. These have the same side chains as Ampi and Amox, respectively. At first they are produced through chemical reactions; fermentation and bio catalysis perform the job here as well. Production of smaller cephalosporins is still predominantly done chemically. There are dozens of them; most compounds have been derived from the naturally occurring Cephalosporin with the 7-ACA nucleus.

More of the same, although much improved

After the discovery of naturally occurring cephalosporins in the second half of the ‘40s, these compounds develop in much the same way as semisynthetic penicillins. In 1964 and 1971, the first modified cephalosporins are introduced on the market. In the ‘70s they make a real breakthrough with well-known names like Cefalexine, Cefadroxil and Cefradine. In the eighties, many substances introduced on the market have been derived from Cephalosporin C; with names like Cefotaxime, Cefuroxime and Ceftriaxone.

Dutch achievements with Ampi and Amox are being repeated in the first and most important semisynthetic cephalosporins. The side chains are identical; they are produced by the same factory. Gist Brocades in Delft shows that it figures among the best by developing an ingenious but efficient process for production of 7-ADCA from Pen G. This requires processing the 5-ring of the vulnerable penicillin nucleus to the 6-ring of the cephalosporins in a series of reactions at low temperatures (down to -40oC). These efficient processes developed in the Netherlands contribute to the global success of the cephalosporins. 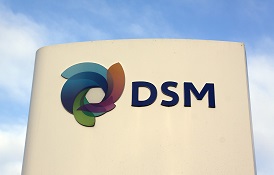 Later, many chemical processes are being substituted by bio catalysis, not unlike developments with Ampi and Amox. The first enzymatic coupling of side chain and nucleus at an industrial scale is performed in the DSM/Chemferm factory in Barcelona (1997). Gist Brocades again performs excellently: they use all knowledge of the biochemical pathways in the well-known mould Penicillium chrysogenum to induce this to produce the cephalosporin nucleus. In other words: they manipulate the genetic makeup of the mould to such an extent that it delivers the desired 7 ADCA. They  thus change their own ingenious chemical process from Pen G to 7-ADCA by fermenting directly with sugar and minerals, with the modified mould as their working horse. It  brings Gist a major success. In fact, nowadays the fermentative production of 7-ADCA is the only major activity in antibiotics production in the Netherlands. The company operates under the name Centrient in Delft.

From that moment onwards, fermentation and bio catalysis become the standard in industrial antibiotics production. Both in the production of the major penicillins (1000s tons p.a.) and in that of the major cephalosporins (100s tons p.a.). Resulting in lower prices, much less waste and better product quality. But with the smaller products (in particular cephalosporins derived from 7-ACA and all modern semisynthetic pens and cefs), the picture is much less rosy. The molecules are very diverse, particularly the side chains, and they become more complicated all the time. The (time) pressure to take to the market a molecule with proven activity keeps on growing. Whereas the processes used to produce the molecule are not at all intended to be reproduced at the scale of tonnes.

Once the product has proven to be effective in medical practice, management will require the availability of grams or kilos for clinical tests; preferably overnight. In the lab, researchers reach for the pathways that produce the intended molecule as fast as possible, from the huge inventory of chemical reactions available to them. They hardly consider (bio) catalysis. Simply because it takes too much time to develop a catalyst. Process optimization will take too much time as well: something to consider later, if the product is becoming a real medicine. But ‘later’ never comes about! Time pressure just keeps on growing as clinical success shows from the tests. Now kilos are required, and fast. And registrations will have to be submitted, with authorities and bodies like the FDA; including the processes used to produce the molecule.

And then, the trap closes for process improvement and modern innovative production processes. The process has been defined now. Often, the product isn’t very successful on the market; then, the waste stream will be limited. But some processes produce 1,000 kilos of waste per kilo of medicine. Developing a better process is feasible, but the new process needs to be registered as well. That is costly and very cumbersome; in most cases, the product is too small for such a procedure. In countries like India and China, such re-registration is almost absent. Even if there should be process improvements, they will not be registered. The implications range from stealth behaviour to outright fraud, like with Ranbaxy in India. This company isolated the active ingredient from the pills of renowned pharmaceutical companies, and used these as proof of the quality of the products of their own. The book A Bottle of Lies shows convincingly that the safety protocols overshoot their mark: they put a break on all developments towards better processes. And as politicians want to keep medicines affordable, producers cannot earn a realistic margin on their products. This problem is particularly manifest in Europe and the USA.

A problem with far-reaching consequences

These problems in the development of efficient production processes for modern cephalosporins hold for almost all modern medicines. The pressure to produce new and better medicines for mankind has evolved to grotesque proportions. And according to many observers, pharmaceutical industry has lost sight of reality. We prefer not to realize that our own ideas about the engineerability of life are at the bottom of this. We can see the consequences in the entire chain, from research for new medicines to prescriptions in the pharmacy.

Together, science and (pharmaceutical) industry have set in motion a mechanism that produces a growing number of new molecules with a possible clinical effect. That holds particularly for chemistry, and increasingly also for biology. But then, there are so many effective medicines already; there is not much chance that we will find a new really good medicine. The number of new medicines approved by the FDA remains constant, more or less. The race for the development of new proven medicines puts all pressure on the first stages in the chain: the discovery of new molecules, and their testing. The development of efficient industrial production processes stagnates. Chemists and biologists get less and less opportunity to develop appropriate catalytic processes for all prospective medicines. This causes major problems in modern pharmaceutical industry, we will treat them in later episodes.

‘Be the reason of sustainable future’ & ‘Go Green to keep it clean’ Be a part of iGrow’s go green initiative 🙂 #gogreen #greeninitiative #sustainability #future #environmentfriendly “TAKE PRIDE ON THE GREEN SIDE” pic.twitter.com/thGMLikfzM

Learn how the #finance industry, specifically #PrivateEquity, plays a critical role in #sustainability and #ESG effortsn with this article from @wwt_inc. wwt.com/article/esg-in…

The #T20 engagement group is acutely aware of the need to develop a roadmap founded on new morality and ethics coupled with #sustainable #economic systems that serve communities around the world: @SujanChinoy #G20India @T20Solutions or-f.org/114348

Could #data be the answer to achieving #sustainability goals in Australia? For Container Exchange Services, the answer is yes. Learn how the company is using Oracle #Cloud to connect the circular economy and help keep plastics out of the environment. social.ora.cl/601136bgz