The Waltzing with Nature manifesto is a logical sequel to the recent books by the authors, Alle Bruggink and Diederik van der Hoeven. Particularly to their latest book Naturally! Of course. How nature keeps surprising us (in Dutch). A surprising book that I reviewed extensively and positively. In April, the authors sent me the draft manifesto, asking for comments. That led to an extensive e-mail exchange; I here present its essence. 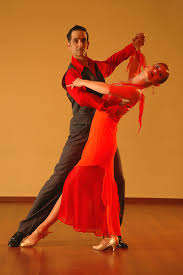 My first reaction was: what a good initiative. But I had several second thoughts on the draft. They started right away at the first sentence: ‘Mankind’s power over the Earth is continually increasing.’ This is at odds with my personal opinion. After all, we need to take nature as our example, move along with her, let us be guided by her! The sentence quoted represents human arrogance vis-à-vis nature. A view that I criticized extensively for instance in my essay on photosynthesis. At several locations in the manifesto I read formulations that looked upon mankind as being superior.

Viewed from planet Earth, mankind is an absolute newcomer. Yet we already disturb our own environment at a rapid pace. In my opinion, our way of life, including our craving for growth in every respect, including power, over nature as well, causes our present global problems like global heating and pandemics. Nature will survive – she has survived much more extreme conditions than our present global heating.

This corona crisis isn’t nature’s or some higher powers ‘punishment’, but the consequence of our self-inflation and stubbornness. All nature requires is just a relatively small chunk of RNA, enclosed in protein and in a lipid envelope: a most effective ‘mail bomb’ that drew the entire human society to a standstill. Obviously, we didn’t take enough measures after MERS and SARS, and didn’t learn enough from them. In my opinion, the manifesto should show great respect for nature above all, and look upon nature as the ultimate teacher of mankind.

The authors reacted: isn’t this exactly what we mean? We removed the criticised first sentence. Any remaining differences between us are obviously in details. Even though they can be important. For instance, we would never use the expression that we should be guided by nature. Although we could agree that we have to move along with her (in your text these two expressions are contained within a single sentence). We human beings have a programme of our own in this world – to live in a modest affluence – but on the other hand we still have to learn to be modest in the face of nature with its intelligence of an age-long evolution and its concomitant tools.

I have become somewhat allergic over time to human arrogance vis-à-vis nature. Nature is capricious and does not allow us to force it; but we can learn how to treat its whims and prepare ourselves to them. In order not to be surprised anymore and be able to move along smoothly; but after MERS and SARS we still let ourselves be caught by COVID-19!

Interesting? Then also read:
Can we engineer life? Planetary boundaries
High hopes for holism
The bioscience of immortality