It its latest report, Boston-based Lux Research investigates a global and sustainable energy infrastructure. Can areas with high energy demand but not endowed with much domestic wind and solar energy become self-sufficient? Or will they need to import sustainably sourced energy carriers from elsewhere? And if so, in what form? Lux envisages a new market of renewable energy imports worth $500 billion. 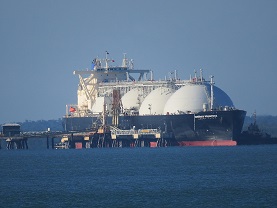 The need for renewable energy imports

In its new report, ‘Evolution of Energy Networks: Decarbonizing the Global Energy Trade,’ Lux Research examines renewable energy imports, countries that need them and companies developing them. ‘Places like Singapore, Japan, and the Netherlands cannot meet their energy demands solely through domestic renewable sources,’ says Tim Grejtak, the lead author of the report. ‘They will require renewable energy imports from more resource-rich countries.’ The report investigates the options available and the global markets they represent.

The optimal solutions, the analysis shows, depend very much on the distance between supplier and user. AC and DC powerlines will be the most cost-effective way of importing low-cost solar energy, up to roughly 1,000 km. At farther distances, other renewable energy carriers like synthetic fuels are less expensive. Still, these fuels will have to compete with LNG and oil, which will likely remain cheaper. In this report, Lux Research evaluates the lifetime costs of 15 options. Ranging from conventional carriers like electricity, hydrogen, synthetic methane and ammonia, to more advanced energy carrier concepts like liquid organic hydrogen carriers (LOHCs), vanadium, and aluminium. Delivery by ship appears to be cost-effective at long distances. Crucially, according to the analysis, imported solar energy can be 50-80% cheaper than domestically produced solar energy. This will promote renewable energy imports and motivate the build-out of major new global infrastructures.

Lux predicts the first tipping point for renewable energy imports to be in 2030, when imported electricity via new HVDC power lines will become cheaper than low-carbon natural gas turbines. The next tipping point will occur in 2040, when imported liquid hydrogen becomes cheaper than low-carbon steam methane reformation. And it signals that the fight for these new markets has already started. 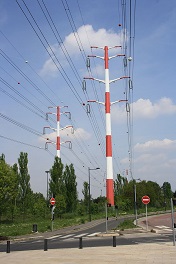 The Lux report fills a gap, because most research on future energy systems concentrates on energy supply and ignores infrastructure. We still had a few questions for the authors. First of all, how do investments in global infrastructure compete with the more local investments in load management? Lead author Tim Grejtak stressed the need for substantial investments in new infrastructure. And he added: ‘Importing and exporting renewable energy via energy carriers is just one of the ways to balance supply and demand, though one that applies at the global scale. Regional solutions like energy storage, grid forecasting and optimization, flexible loads, and energy efficiency will be just as critical.’ And author Arij van Berkel drew attention to the diminishing inertia of the electricity system as more solar and wind energy comes on stream. This implies that backup capacity needs to respond faster to changes in demand and supply. ‘Our analysis shows that up to about 60% wind and solar in the mix of generation capacity on the grid, the most economic form of backup power is a gas peaker or other thermal power generation that relies on cheap fuels. Beyond 60% it becomes more profitable to install longer term storage capacity using batteries (preferred) or hydrogen (only for seasonal storage).’

I also asked: how would investments in energy efficiency compare to investments in new global infrastructure? To which Tim Grejtak answered: ‘Energy efficiency is indeed far less expensive than energy storage, energy export, or even additional energy generation. That said, even with substantial efficiency improvements in energy use, many countries will still struggle to replace imported fossil energy with local wind and solar electricity. Importing renewable energy can help offset the gap between what a country is capable of generating domestically via renewables versus what it used to import via fossil fuels.’ And Arij van Berkel added that in areas like Japan, South Korea, China’s east coast, the EU and the UK, energy efficiency will not be sufficient to completely offset the shortage of renewable energy. ‘These areas will have to deal with an inherently higher energy price than places with better renewable resources such as the south of the US, North Africa, Australia and the Middle East. Therefore, energy efficiency will matter to these areas if only out of cost considerations.’ But he potential for energy efficiency is limited, he judges. Although ‘electrification and decarbonization of the industry will lead to completely new process that may allow a step change in energy efficiency.’

In short, will the energy transition carry with it substantial renewable energy imports? The Lux report will fuel the debate on this issue.

Interesting? Then also read:
The energy transition is a digital transition too
Geopolitics of renewable energy
The circular economy, a society without infrastructure?