Crises are an opportunity to review our present structures and habits; and to create new ones. Many observers judge that we wasted the 2008 financial crisis: the mechanisms that caused this crisis were largely restored afterwards. Will we wisely use the opportunities handed to us by the corona crisis?

The Guardian ran a provocative article by Mariana Mazzucato, the author of books like The Value of Everything and The Entrepreneurial State. She judges that ‘it is time to finally learn the hard lessons of the 2008 global financial crisis.’ Governments should no longer simply hand out money to companies in distress, but set solid conditions. In such a way that this will ‘transform the sectors they’re saving so that they become part of a new economy – one that is focused on the green new deal strategy of lowering carbon emissions while also investing in workers, and making sure they can adapt to new technologies.’ She urges that we do this now, making use of the corona crisis, while government still has the upper hand. The conservative press already warns for such ‘socialist’ proposals that could severely harm the current state of affairs.

One sector that should come under scrutiny is aviation. In the past, this sector has been seriously weakened by a continuous price war. In the corona crisis, almost all aviation companies will have to ask for government support. This is the time to end special benefits. Like the exemption from VAT and excise taxes, ever since the 1944 Chicago Treaty. The Dutch newspaper Volkskrant cites a Dutch politician: people flying from Amsterdam to Bangkok pay heaviest taxes on the cup of coffee they drink at the airport. On top of that, airports and aircraft construction companies receive major government support. This leads to serious market disturbances. It is much cheaper to fly than to travel by train or car. The least we can do is to end special benefits. Something that requires international action – so now is the time. 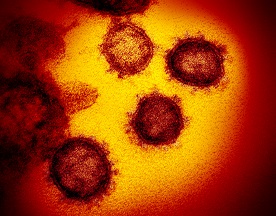 We should also have a better look at economic risks that stem from globalization. The site The Bulwark ran an article that highlighted these. Many manufacturers now heavily depend on China, as most supply and manufacturing chains have a connection to this country. There, the corona crisis has put a halt on the production of goods of nearly every type, from electronics to textiles to automobiles to raw materials. Do we want to jeopardise our supply chains just in order to squeeze the last buck out of them? This consideration could reinforce the argument for lean production. This values flexibility over production costs, quite reasonable in a world that continuously changes its preferences. With the consequence that it pays to produce close at home, where we can quickly react to changing consumer preferences. And in doing so, value workers’ skills instead of paying them the lowest wage possible.

Then, what about climate crisis?

And then, in a remarkable article, CNN asks why we don’t treat the climate crisis like the corona crisis. We can do it, as the present chain of events shows. And the dangers are comparable in magnitude. As CNN writes: ‘No economic cost has been too big to stem the spread of the disease. Coronavirus is proving that it is possible to make dramatic changes and economic sacrifices to save lives.’ But no such reaction has been provoked by the climate crisis. ‘Heat-trapping emissions from human activity keep rising, air pollution continues to choke cities, and the world is on track to warm by 3°C above pre-industrial levels. So why haven’t governments done more to protect their citizens from the impact of climate change?’

And it answers to this question: ‘Part of the difference in the response to the two crises is that, for many people, the virus is more of an immediate, tangible threat. The virus is infecting people now and is the undisputed source of their illness. And for many people not on the front lines, climate crisis feels like a future problem.’ Even though air pollution kills 7 million people every year, climate change will profoundly alter our lives, and the corona virus has so far killed 24,000 people. And even though the climate crisis will seriously disrupt economies, reduce food security and place greater strain on health services, as a warmer world means more disease, famine, deaths from natural disasters and pollution, as well as mental health problems. The article concludes: ‘We have the tools. The world has been given a trial run in global crisis management. It shouldn’t waste it.’

Be prepared for pandemic outbreaks

Finally, we should take steps to ensure a better preparation for global pandemic outbreaks, writes devex.com. ‘Recent experiences with SARS, Ebola, and Zika demonstrated that an outbreak anywhere can lead to disease transmission everywhere, due to the great connectivity of all parts of the world by air, land, and sea transport networks.’ ‘Business as usual’ will not be a safe guideline anymore.

Interesting? Then also read:
Covid-19: take care of each other
IPBES and after: do we need to fear global ecosystem decline?
Geopolitics of information, the next conflict zone