You are here: Home / 2017 / January / Bioplastics: disruptive shift to come

Bioplastics markets show a stable growth overall; but within them, the emphasis shifts to disruptive newcomers; so we learn from two reports issued last month. Synthetic biology (synbio) technologies are the great 2016 winner in the competition for biobased funding, according to Lux Research, a Boston based consultancy company. And this in a market with good prospects overall, where biobased materials show a stable growth world-wide, according to nova-Institute and European Bioplastics. 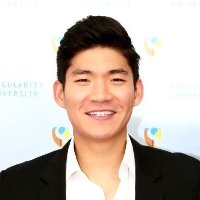 Synbio on the rise

In their recent report ‘Show Me the Money: Where Is Venture Capital Placing Bets in Bio-based?’ Lux Research reveal that synthetic biology start-ups raised 53% of all venture capital funding in 2016. All in all, venture capitalists have pumped $ 5.8 billion into biobased materials and chemicals (BBMC) start-ups since 2010. This reflects the drive for sustainability, performance, alternatives to petroleum feedstocks. From 2010 to 2015, the investment focus was on drop-in replacements for established chemicals; but in 2016 the focus of the investors shifted to synthetic biology and similar disruptive technologies, according to Lux Research. Synbio start-ups attracted over $ 300 million, and three of the top five deals. Fermentation and catalysis had funding shares of 20% and 16%, respectively.

‘VCs in 2016 have taken a step back in the value chain to focus on upstream technology platforms like DNA synthesis-as-a-service and automated genomic engineering and lab equipment,’ said Victor Oh, Lux Research Analyst and lead author of the report. ‘Synbio companies are embracing information technology like BioCAD and BioLIMS to create disruption, and to integrate new digital genetic tools like CRISPR gene editing.’ 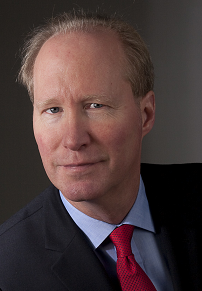 Meanwhile, global biobased materials production capacities continue to grow despite low oil prices; as shown by European Bioplastics, on the basis of data assembled by nova-Institute. The organisation expects the biobased materials market to grow by 50 percent over the coming years: capacity will grow from 4.2 million tonnes now to 6.1 million tonnes in 2021. Packaging remains the largest fields of application for bioplastics with almost 40 percent of the market in 2016. In many other sectors, bioplastics continue to grow, including consumer goods, automotive and transport, and construction and building. The organisation sees this growth to be propelled both by consumer demand and by many innovations, large and small, that develop biobased products with the circular economy in mind.

At present, biobased non-biodegradable plastics, such as polyurethanes (PUR), biobased PE and biobased PET, cover 75 percent of bioplastics production capacity worldwide, and this share is even expected to increase to 80 percent in 2021. But biodegradable plastics such as PLA, PHA, and starch blends, also grow steadily, the most marked growth coming from PHA that will almost quadruple in capacity by 2021. Almost half of the production of biobased plastics will be in Asia, followed by the USA and Europe. But according to European Bioplastics, development is slowed down by the lack of political support for the biobased economy. In Europe specifically, there is no policy framework that secures equal access to biobased resources (i.e. policy favours bioenergy); and there is no level playing field for biobased materials and conventional materials. Europe should pay more attention to the benefits of compostable plastics and other innovative materials designed for circularity, says Hasso von Progrell, the executive director of European Bioplastics. And it should support initiatives to develop a global carbon-pricing mechanism.

Much more dynamism – but why disruptive?

But then, superimposed on this image of steady growth, Lux Research paints a much more dynamic picture. It shows that low oil prices do have an effect, albeit only on drop-ins and substitutes for fossil-based materials. Venture capital investments have markedly shifted focus, from ‘green’ alternatives to fossil-based products to biobased materials with improved performance. And special products gain more attention. For instance, Lux highlights new interest in spider silk. Its superior properties compared to conventional fibre materials like nylon and silkworm silk have prompted big deals over the past years, both in the USA and in Japan and Germany.

I asked Victor Oh why precisely synbio would bring about disruptive changes. He answered by e-mail: ‘Synbio is certainly not new to the technology scene as genetic engineering techniques have been around for over a decade. However, the ‘disruption’ in this context refers to companies like Ginkgo Bioworks and Zymergen that are leading a new wave of synbio by integrating genetic engineering with robotics, automation, and machine learning. These “foundries” enable high-throughput engineering to drastically accelerate the path-to-market for novel chemicals as well as optimize the productivity of existing strains. Additionally, we see investors now favour a more decentralized approach for synbio as highlighted by funding for a company like Twist Bioscience that provides DNA synthesis to supply partners like Ginkgo Bioworks with DNA sequences for strain development. I feel that the public partnerships between Ginkgo Bioworks and companies like Gen9, Twist Bioscience, Amyris, Genomatica, Robertet and Ajinomoto really illustrates the increased cross-collaboration between companies at every stage of the value chain from DNA synthesis, gene design, genetic engineering, fermentation scale-up, and product development. We’ll continue to see this growing ecosystem of synbio start-ups that specialize in new genetic engineering techniques, and industry can expect big investments for this space in 2017 as well.’

These are much the same factors that we highlighted in our recent article on synbio. So even if the bioplastics market as a whole might be growing steadily, the emphasis within the sector might change rapidly. Or would business-as-usual continue whereas synbio would lend an additional impulse to bioplastics?