You are here: Home / 2014 / October / Investment in biobased materials and chemicals is on the rise, says Lux Research

The BioBased Materials and Chemicals (BBMC) sector has clearly recovered from the 2008 setback, when many start-ups performed less than expected and many went bankrupt. Investment is on the rise from 2013 onwards, and will come close to $ 1 billion (€ 780 million) in 2014, a 28% increase from 2013. Says Lux Research in its new report ‘Dynamics of Venture Capital Funding in the Bio-based Chemicals Industry’. 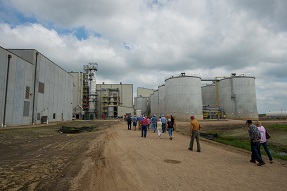 Another testimony to the recovery of the industry is that a larger share of capital raised is in later stage funding rounds. These funds are used to construct commercial plants and prepare commercialization activities. ‘The growing share of these rounds means that the industry has progressed to a stage where companies have demonstrated their technology in pilot plants and are now trying to enter the market’, says lead author Meraldo Antonio in an e-mail.

Lux’s figures need some explanation. ‘One important thing to note’, says Antonio, ‘is that in our analysis, we only cover small-to-medium sized companies that devote their resources primarily or entirely to the development and commercialization of biobased materials and chemicals. We do not include larger companies that while having some BBMC-related activities/production, have their core business focus in other fields (e.g. Braskem or DSM).’ 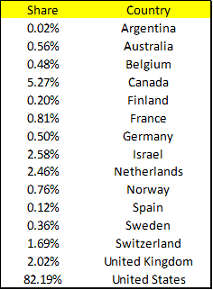 The second thing to note is that participation of corporate investors has clearly increased. ‘This suggests that large multinationals in many industries see biobased materials and chemicals as strategically important,’ says Antonio. ‘Mergers and acquisitions become more important in the sector relative to VC investment. Numerous start-ups in the field failed to raise up to expectations and were having problems with their cash flows due to the lack of external investment. As such, they either went bankrupt or came close to bankruptcy. Some larger companies then acquired these troubled, undervalued companies, with the expectation that some additional investment will turn them into profitability.’ The report mentions Stora Enso’s acquisition of Virdia, Renewable Energy Group’s purchase of LS9 and Cereplast’s cheap acquisition of Trellis Earth.

Do you see developments in the shares of investment in bioenergy and biobased chemicals and materials? And what is the share of the second generation?  ‘The report only analyses the dynamics in VC investment in the biobased chemicals and materials industry. As such, we are not able to provide a detailed description on the bioenergy part of the equation. However, we have seen a growing number of biofuel companies that transitioned into the BBMC space, including Amyris, Gevo, and Solazyme. Classifying the companies into the ‘second-generation’ bucket was challenging, as many of these companies claim that they are able to process both first and second generation feedstocks. However, we conservatively estimate that between 2012 to 2014, companies that mainly or exclusively develop second generation feedstock conversion technologies received 9.84% of the total equity investment of this period.’

Summing up, the biobased chemicals and materials sector is clearly on the rise.