You are here: Home / 2014 / September / Community and technology development with social media

Local initiatives often have tremendous potential. They use social media in their communication and derive great strength from that. Says David Trap, online media expert, in an interview with us. Many projects of public importance start from grass roots, without interference of governments and large companies. Internet enables these and other projects to form communities on the basis of trust; to exchange information quickly and thereby to speed up developments. The biobased economy too can empower itself by these means, through technology development with social media.

Social networks are a powerful tool to unite people on the basis of their interests and drives, says Trap. Well-known social networks like Facebook and Twitter are ideal media for sharing information and connecting people. In countless projects the participants communicate by way of Facebook groups: when managing a city garden, a shared office space or a small nature reserve, in a project for energy conservation in a neighbourhood, etc. By using the internet the participants do not need to communicate face-to-face to remain involved. And consider networks like avaaz.org, which is an online campaigning platform that lets ordinary people join their voices to be heard in global politics. Any user of the network can start a petition on a topic close to their heart, and thereby ask for global attention for their initiative. The network now has close to 40 million members in 194 countries, and it has performed almost 200 million petition actions since its launching in 2007. By connecting and mobilising a global audience, the network has become a force to be reckoned with in the global arena. 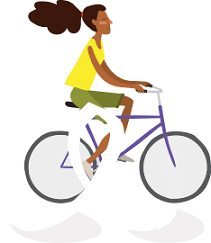 The principle of sharing

Smarter use of products

Other networks connect people on the basis of supply and demand, often based on geographic proximity. Peerby for example is a point of contact for people who wish either to lend out or to borrow tools or other goods In Dutch, so far). Need a ladder for a renovation? Do not buy one, just check on Peerby whether a local resident is offering one. A drill is another such item, usually used for less than a few hours in its entire lifetime and therefore very useful for lending. Snappcar works the same but with cars: some people do not always need their cars, others do not want to buy one but would like to borrow one from time to time. In this way, ICT helps us use our goods more efficiently. Similar systems like Airbnb connect people who would like to rent out their homes for short periods of time to those who would like to rent them. Airbnb has become incredibly popular in a short time. Common use of goods seems to become a trend in many areas. Shareyourmeal is another network through which people can find each other locally: one person cooking, the other person picking up the leftovers. Networks such as Peerby, Snappcar, Shareyourmeal and Airbnb make for a smarter use of tools, cars, food and houses. A trend that will allow us to build or produce less of them and to reduce our ecological footprint. 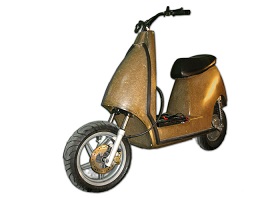 ICT is also the perfect medium for crowdfunding and crowdsourcing, says David Trap. Not so long ago, it was an enormous challenge to gather 10 people to commit € 1.000 for a good idea; nowadays, with the help of the internet and social media, it takes much less effort to find 1.000 people willing to commit € 10. The well-known website Kickstarter offers a platform for a great variety of projects. A good example (although not successful through Kickstarter, unfortunately) is the be.e project, the development of an electrical scooter with a casing of bioplastics reinforced with natural fibres. The less well-known site Indiegogo works similarly. And there are many other, often specialized crowdfunding sites. Such as Nieuwspost, a Dutch site that supports journalistic projects; or giffdiff.com, pifworld.com and onepercentclub.com that have idealistic goals and support many projects in developing countries. Medstartr.com supports projects which improve healthcare, and a well-known crowdfunded project in the Netherlands is the Fairphone, a Dutch initiative for a largely ‘fairly’ produced telephone.

Crowdsourcing is another new way to communicate with many possibilities. In crowdsourcing, many experts join forces by sharing freely their ideas with others on the solution of a problem. The most well-known example of this is Wikipedia. But crowdsourcing is also the way to form a group of people willing to pioneer new technologies such as biogas, a form of technology development with social media. Looking for the word ‘biogas’ on Facebook, one finds groups in Pakistan, Egypt, Mexico, Romania, the US and Sweden. The power of the social network is that participants share freely in the results of their findings and collectively look for improvements. A very appealing example is iHub Kenya, ‘to catalyse the growth of the tech community in Kenya’. This is a new model for knowledge development, called the ‘farmers’ model’ of developing knowledge by Huub de Groot. The high level of Dutch agri- and horticulture can partially be attributed to the tradition of ‘study clubs’ in which farmers share their latest findings, often with a short connection to the agricultural research institutes. Internet can greatly speed up this process. In this way, knowledge can be transferred very fast, potentially even faster than in the ‘industrial model’ in which companies try to keep their knowledge secret for as long as possible to keep an edge on their competition. Even public service uses crowdsourcing nowadays, for example the Amsterdam municipal government in the development of plans (website in Dutch). 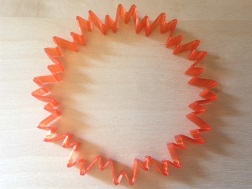 Even more transparent is the open-source approach, of which Linux may be the most well-known example. Open-source offers publicly available solutions. The software world has a large and active community which resists the industrial knowledge model that has brought e.g. Microsoft and Apple to such great heights. They feel that such means of communication should be available publicly and not just for parties with patents or market power. Moreover, so they argue, mistakes in programs are found and restored much more quickly if a global community can contribute; another form of technology development with social media. Today even 3D designs are available in the open-source domain, for example on blender.org and thingiverse.com. These sites are open to anyone with an internet connection to up- and download 3D software and designs. Many open-source debates at the moment are in fact about 3D printing. Such developments can have significant consequences for the economy.

Says David Trap: ‘The world is becoming much smaller because of internet; this facilitates greatly an enormous growth of initiatives all over the world, intended to find efficient and sustainable solutions for global issues. Whether such initiatives are also good for the present economic system remains to be seen. But at the least they contribute to a more sustainable world in which we use more efficiently our scarce resources.’