The share of biobased plastics and composites on the basis of natural fibres gradually increases in the automotive industry. But although these materials lower the car’s carbon footprint, industry does not accept lower quality or higher prices. 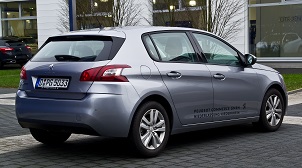 No publicity for biobased materials in the motor car

Peugeot advertises its new 308 in all possible ways: design of the exterior and the interior, performance of the motor or of the gearbox, all top of the bill. Not a word however on the fact that 22% (ca. 45 kg) of the car’s plastics consists of biobased materials, of which 19% natural materials and 2% biopolymers. Not a word again on the inside door pane, produced with a unique technology. It consists of an injection moulded piece consisting of polypropylene reinforced with 20% fibre hemp, the result of a cooperation between PSA, AFT Plasturgie and Faurecia. This saves Peugeot 20% on the weight of a classical door pane of injection moulded polypropylene-polyethylene. ‘Our surveys among our customers show that right now, they do not care about biobased materials in the motor car,’ says Stéphane Delalande as an explanation for the utter lack of communication on biobased materials; at PSA, he is the expert in plastics and composites, and responsible for scientific cooperation.

At present, the amount of plastic materials in European motor cars is less than 20% by weight, not including tyres, says Gérard Liraut, head of the unit ‘Polymers, characterisation and chemical processes’ at Renault. In the next few years, cars will become lighter and the share of polymers will rise. Their main use is to reduce motor car weight. Some 40% of polymers are applied because they increase comfort. For instance polymers can absorb sound and vibrations, whereas metals cannot. 50% is used at the exterior, for instance in polypropylene bumpers, polycarbonate front lights, and perspex rear lights. 10% by weight is used in and around the motor, for instance for tubing. 50 to 60% of all plastics are polypropylenes. Then polyurethanes, particularly in the form of foams and glues, then polyethylenes and finally polyamides. 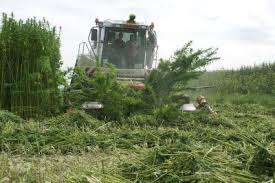 Biobased composites appear to be more successful in the automotive industry than biobased polymers. But at PSA, that already uses biobased composite materials in mass-produced vehicles, Stéphane Delalande damps the enthusiasm about biobased materials. ‘The parts made of composites reinforced with natural fibres are inferior in mechanical properties, as compared to parts reinforced with glass fibre. The difference in performance is at least a factor of 2.’ He does expect biobased materials to improve in shock resistance, heat resistance, and stiffness. At present, those materials are used where mechanical properties are not of the utmost importance; they cannot yet substitute glass fibre composites in the car body.

Renault has not yet ventured into application of biobased materials in the motor car yet, but they are interested nevertheless. ‘We will enter into it in the medium term,’ Gérard Liraut tells us. But on digging deeper into the matter of biobased polymers, both companies have only fleeting differences of opinion. Substitution of a fossil-sourced polyolefin by the same biobased material – why not? But then costs should not be higher, rather lower, because in such a substitution, new functionalities are not at stake. Biobased polyethylene and biobased polypropylene will only be used on the basis of a possible lower price. Their biobased provenance is ‘the cherry on the cake’. No more than that. In short, biobased materials should at least improve comfort, or live longer, or reduce costs or weight. Reduction of CO2 emissions by itself is no longer a sufficient reason to use them.

‘We find this kind of obstacles for application of biobased plastics in all sectors, not just in automotive,’ says Thomas Lefèvre, president of the association Natureplast. Biobased plastics are said to be expensive, but ‘everything depends on the price of the polymer to be substituted. Is it a polypropylene at € 1,50 per kg, or a polyamide that might cost as much as € 5 per kg?’ Moreover, their quality might be slightly less than that of petrochemical materials, that have matured on a large scale in a sixty year time span. Biobased materials in the motor car have difficulties to comply to the industry’s excruciating demands. Nevertheless, ‘we witness emerging applications of almost all biobased polymers with the exception of PHA,’ says Thomas Lefèvre. He mentions PLA fibres for rugs in Japan, partly biobased (through the polyol part) polyurethane foam in South America and Japan, bioPET fibres for seats or rugs and partly biobased polycarbonate in Japan.

Summing up, biobased materials in the motor car have been rather successful so far. Temporarily, their share does not seem to increase any further, but that is mainly because their properties need further enhancement in order to meet the industry’s ever increasing demands.

This is part 1 of a series. It consists of:
Part 1: automotive industry’s demands
Part 2: biobased industry’s response