Last April, Wageningen Academy organised the Biomass Course, for the tenth year in a row, aimed at participants from industry, government, and research. A course that shows the swift developments in this area. Each year, Wageningen UR’s Johan Sanders and Wolter Elbersen hosted the course. This time featuring Synbra’s Jan Noordegraaf, who elaborated on the many problems that lie ahead for the biobased entrepreneur. 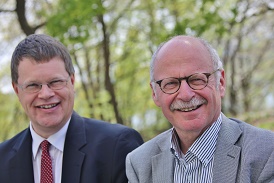 The focal point in discussions on biomass shifts quickly. Ten years ago, the Biomass course was mainly about the greenhouse effect. Public discussion on that subject had just about surfaced. And therefore, attention focused on energy applications for biomass: electricity and heat. In 2006 for instance, the national Biobased Feedstock Platform projected a 30% share of biomass in Dutch energy use in 2030. And parallel to that, discussions in the Biomass course raged on the production of fodder from waste (excuse me, side streams). The BSE outbreak had just happened, many waste streams were excluded as a feedstock for fodder production, what on earth could be possible applications of these products? For the fodder sector (and for slaughterhouses etc.) this was an urgent problem, not at all about 2030. The course showed that biomass has many applications, new ones are always around the corner.

We now know that biomass use can only be profitable if the feedstock is used for multiple applications, for a number of markets. Biomass just for energy? Johan Sanders showed in his recent valedictory speech at Wageningen UR that this will always need to be subsidised. It is therefore sound advice always to look for markets for other components of the feedstock. Like proteins. Or special molecules, ‘specialties’ like fungicides or insecticides. That is the principle of biorefinery: find multiple uses. No future for biomass without proper biorefinery.

At present, subsidies still tend to steer biomass applications. All too often, according to the hosts of the Biomass course. Elbersen: ‘Fine if an entrepreneur perceives opportunities. But one should be aware of the vicissitudes of policy, because subsidies can be withdrawn. Some eight years ago, policy judged energy production from palm oil to be a good alternative to crude oil products. It even developed a subsidy scheme for it. But palm oil is an important foodstuff in Asia, and often, oil palm plantations are not quite sustainable in nature. Therefore, subsidies were withdrawn quickly, and entrepreneurs who had built their business cases on them, came in trouble. Including bankruptcy, in some cases.’ 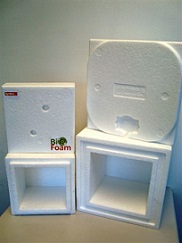 A new Biomass Course each year

Each year’s program will show new subjects and speakers. Top of the bill this year was the speech by Synbra’s Jan Noordegraaf on the many obstacles that biobased entrepreneurs will find on their paths. Synbra produces products from PLA, a biobased plastic made from sugar or starch (at present). Synbra processes PLA to products like foamed plastics (e.g. as a substitute for polystyrene), and household equipment like cutlery and cups. Synbra’s products conform to all quality requirements. But capturing the market proves not to be easy.

Of course, price is a problem, but it is not the only one. Unfamiliarity plays an important role, and uncertainty about shelf life. Some companies are hesitant about biobased plastics because they fear to be drawn into the food/fuel debate. Others on the contrary like to make use of a positive image of biobased plastics, in particular if they are biodegradable. They look upon them as an instrument of their marketing.

Better communication would seem to be absolutely necessary. According to Jan Noordegraaf, there are convincing answers to all problems. Insufficient heat resistance in biobased plastics? Not in Synbra’s products! Would not (cheap) oxodegradable plastics be just as environmentally friendly? No! Do biobased plastics compete with food supply? There is quite enough land and food production, particularly in Europe! Can biobased plastics also be produced from second generation (non-edible) feedstock? Yes! Do we need GMO’s? No! Please communicate a bit more and better, and hope that this will work.