You are here: Home / 2014 / February / Pier Vellinga (Wageningen UR): sustainability is cost-effective, and has an emancipatory power

Pier Vellinga (Wageningen UR): sustainability is cost-effective, and has an emancipatory power

‘Often, sustainability is not merely better, but cheaper too. Sustainable technologies lend themselves to local systems with far lesser control costs. That is the basis for a technological transition with which the earth can feed as many as ten billion people. With better environmental quality, and more local power.’ Says Pier Vellinga, professor in Climate and Water at Wageningen UR. 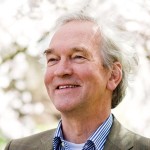 Pier Vellinga is one of the leading European experts on the consequences of climate change. He was actively involved at setting up IPCC and wrote several IPCC chapters on his area of expertise. He was a chairman of the Scientific and Technical Advisory Panel (STAP) of the Global Environment Facility (GEF), an institute connected to the World Bank, UNDP and UNEP. GEF is the largest public spender of subsidies for environmental projects world-wide. Vellinga is a professor in Climate Change and Flooding Safety in Wageningen, and a professor in Climate Change and its Social Consequences at Amsterdam’s Free University (VU). Based on these functions, he chairs the Dutch national research program Knowledge for Climate (www.kennisvoorklimaat.nl).

Limits to growth
‘Sustainability started with the Club of Rome’s Limits to Growth report. This explained that exponential growth is an impossibility, particularly in resource use. But back then, we did not feel those limits in our economy; resource prices were low and their depletion was the cheapest strategy. Sustainability was primarily an intellectual and ideological vision: the care for our children and grandchildren. The environmental movement of the seventies appealed to our solidarity and called for lifestyle changes, reduction of consumption, a halt to growth. The movement also had an important anti-technological trait.’

‘Now we do perceive and feel the limits to growth. Resource prices have become very volatile, oil production has peaked. Fisheries have peaked ten to twenty years ago already, their yields just decrease. And after a long process in which we increased ever more the number of poultry and pigs at the square meter, we need to stop that development as well as a result of contagion risks. We do feel the physical limits now, and therefore the approach to sustainability has shed its ideological feathers. At the same time, we now have a better view on the potential of technology. With a technological transition and lifestyle changes, like an environmentally less harmful diet, the world could even feed ten billion people in a sustainable way.’ 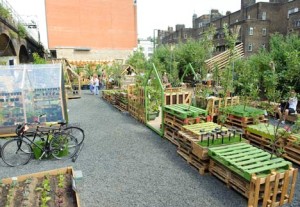 Reduce system costs
‘For the time being, that is merely scientific wisdom. For instance, if we should dedicate an area in the Atlantic Ocean of the size of Portugal to protein production, it could cover the global demand for proteins. Every hour, the world receives enough sunlight to power all of mankind for a whole year. Technology’s potential is huge indeed.’

‘But a sustainable world needs to be organised completely differently. New and ecologically efficient technologies are primarily locally in nature; local energy from solar and wind power, local water from good purification, local food from regional and urban agriculture. Modern technology therefore also implies local power. Business models will comply to that. Sustainable technology is competitive because it involves much less system costs. If we allow existing structures to expand even more, we will increasingly need control mechanisms; a growing proportion of revenues will be devoted to control over the production chain. So if we intensify our chains of food, water, energy and minerals supply even further, system and control costs will go through the roof. Look at control costs in finance, food, health care and education. If we shift to sustainable and much more locally based systems, we can largely circumvent them. Shorter and more sustainable chains are an important ingredient of better efficiency. And that will render sustainability cost-effective. Sustainability is just economically sound.’

Towards local power
‘ICT is an important ingredient of this development as well. Using ICT, we can say goodbye to standardised production methods and organisational models, and start looking for the optimum from a local point of view and local experience. The Fordian corporate model has definitively become obsolete. We can fulfil an increasing number of needs ourselves – like those for energy and water – and have become less dependent on major organisations. Local and regional decision making may become more important. Sustainable technology and ICT, taken together, pave the way for an emancipatory process; in which a more efficient use of natural resources and better local power form a union. Sustainability at its best.’ Says Pier Vellinga.