‘A mandatory percentage of biofuels in the national fuel mix does not make sense. In forces consumers onto a market they are not interested in. A mandatory blend is a relic from a centrally planned economy.’ Says Michiel Keyzer, an economics professor, and director of the Centre for World Food Studies of the Free University of Amsterdam. 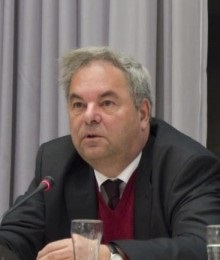 Biofuels will not stop climate change
Michiel Keyzer has been a participant in the biofuel debate ever since his cooperation in a Club of Rome project in the seventies. He holds that because of the inflexible demand for biofuels, these contribute to the volatility of world food prices, to the detriment of the poorest groups in the world. ‘Moreover,’ he thinks, ‘biofuels will not stop climate change. Of all products we can produce from crops, fuels have the lowest value, and therefore it would be wasteful to use biomass for energy purposes. We already touch upon the limits of biofuel use. The processes to produce biofuels are even not very innovative. And finally, ethanol is a bad motor fuel.’

Consumers do not ask for biofuels. They just buy them because they cannot do otherwise in the existing market. Sometimes, the blending percentage is accounted for at the pump, e.g. with E10, but the blending percentage of Euro95 or Diesel, for instance, is not made explicit. And European romping with various pumps and with various blending percentages for various biofuels of various provenances (single, double and even quadruple counting) does nothing to increase transparency. Many European alcohol producers have invested in ethanol capacity, positively reacting to expectations suggested by the European Commission. So far, all of this is first generation ethanol (from edible crops); industry does not invest in second generation alcohol production in Europe because of uncertainties about European future policies. And that might even be for the better, says Michiel Keyzer, as it will allow us to produce more valuable products from those crops. 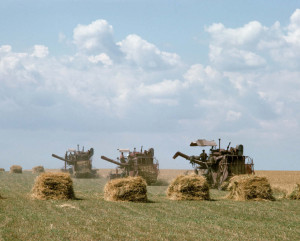 Michiel Keyzer also acts as an agricultural economic advisor, e.g. to the Ukraine.

Turning a blind eye to reality
‘A mandatory fuel mix as now practised by Europe distorts the market,’ according to Michiel Keyzer. ‘Moreover, these mandates extend the lifetime of the classical combustion engine, and we need to get rid of that technology, climate-wise. But the car industries are not ready for that step yet, and liquid fuels are easy to handle. Many parties have a stake in them, such as Rotterdam harbour, French farmers, and the German motor car industry; together they form a powerful lobby group that wishes to keep the European biofuels mandates in place. Oil companies are in this group as well. They are in favour of biofuels, as these will prolong the gasoline and diesel era. The wavering policies of Europe and the US on CO2 emissions and biofuel mandates ease the way for all sorts of delaying actions. All the more as civil servants and politicians tend to turn a blind eye to reality. And policy plays a decisive role: without mandatory blending, biofuels would soon come to a halt in Europe. Then, even producing biodiesel from rest streams like deep-frying oil will mostly not be cost-effective because of the small scale of these operations. Recently, I published an article on recent developments in biofuel blending, together with Alex Halsema.’

‘In short, biofuel blending is a bad idea,’ says Michiel Keyzer. ‘The mandate encourages major companies to buy land, because biofuels can be produced at a large scale while circumventing food safety regulations. The apt instrument for climate policy and for carbon dioxide emissions reduction is CO2 emission rights trade at a reasonable level of emissions. We will only be able to get such a scheme in place through difficult negotiations that will mainly address the distribution of emission rights among countries as a function of time.’ For instance, China and India would like to receive a certain amount of initial ‘CO2 credit’. They argue that industrialised countries can more easily fulfil any climate targets, because of their larger amount of investment capital and their superior technology. And they can earn money from selling those technologies. ‘Therefore, give us some time in which we can reduce poverty at home and improve our technologies; climate-wise, a few years will not be of decisive importance,’ so they argue. ‘This will allow us to comply much better during the ensuing period. Therefore, do not issue climate targets on a yearly basis, but impose them in a longer time frame, for instance a decade.’ 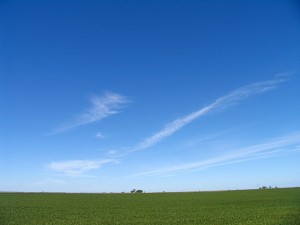 Poverty reduction
A well-functioning CO2 emissions market might also be an instrument in poverty reduction. In a recent article, Michiel Keyzer and others argue that this might lend a ‘basic income’ to the poor. Suppose, the authors argue, that a poor sod A would be granted as many emission rights as his spend-thrift neighbour B; and suppose that all emission rights would be sold to industry at an auction in the form of licences. A and B would earn the same amount of money from the auction, but if the licensing costs would be internalised in consumption prices, A would turn out to be a net earner and B a net payer of this transaction, as A will spend much less money on buying articles that have become more expensive because of licensing costs. A’s net earnings from the auction constitute his basic income.

‘But at present, the market of CO2 emission rights does not function by far. The present price, even less than € 4 per ton CO2, is much too low to prevent CO2 emissions. But as long as there is no well-functioning market of CO2 emission rights, we could arrive at a reasonable price per ton of emissions by a self-imposed CO2 tax. At first, the tariff should be set intuitively and on the basis of model calculations, and then be adjusted according to experience. A considerable CO2 price will lead to innovations that we need. There will remain some biofuel on the market (mainly from side streams), but I do not expect it to be much. So, raise CO2 prices, and use the proceeds for poverty reduction.’

‘All policies leading to improvement presuppose a well-functioning agricultural sector,’ says Michiel Keyzer. ‘The corporate sector and banks do not supply venture capital for the agricultural sector. They will have to do so, in order to get the biobased economy going.’