The European Parliament has decided. The share of biofuels in the fuel mix will be reduced from 10 to 6% in 2020. Is that disastrous or beneficial, on the contrary? And why? According to European figures, biofuels would contribute a lot to food price increases by 2020. And they would cause irresponsible land use changes (ILUC). Others however cast much doubt on these figures; moreover, their source is in unpublished reports. What could be the consequences for the biobased economy in Europe? 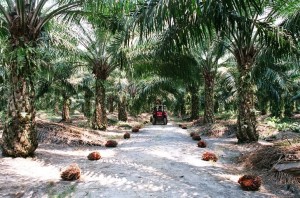 The discussion on biomass use incorrectly focuses on biofuels, in particular on questionable practices, e.g. in oil palm plantations.

The controversy is over the use of biomass for biofuels, over and over again, and the European policy in this field is most unstable. We are more interested in biobased chemicals and biobased materials, an entirely different area but very dependent on biofuels policy. A few weeks ago, German nova-Institute’s Michael Carus voiced his concerns already in an interview in La Bioeconomista. As he said: ‘We urgently need a new political framework for the most efficient and sustainable utilisation of biomass (i.e. biobased materials). That means especially a level playing field for material and energy use. Five years ago this was a world-wide problem. Today it is mainly a problem for Europe.’ And he called ‘existing political framework a hurdle for the biobased economy in Europe.’ We agree: we cannot be sure that this framework operates as it should, in view of recent events in European decision making bodies. In particular of what we would like to describe as a scam.

Mandatory share of biofuels
With a small majority, the European Parliament reduced the mandatory share of biofuels from 10 to 6% in 2020. With marked, separate shares for bioethanol and for biodiesel. For ePURE, the association of European ethanol producers (all first generation), this was satisfactory in the sense that bioalcohol was assigned a quota of its own, as a yardstick for producers. Separated from biodiesel, which is produced largely from vegetal oils (palm oil!) and waste oils. But they judge less satisfactory the vague quota for second generation alcohol, and the unclear situation created by double and quadruple counting. We, the editors of this site, feel by the way that climate friendly products should be stimulated by an appreciable CO2 tax, in view of the problems encountered by the market of CO2 emission rights. We do not like biofuels, nor mandatory quota in particular. In that sense, we hail the European Parliament’s decision as a step forward.

Unpublished figures
I hinted at the European Parliament’s decision being close. The MEPs had been softened up shortly before the voting by figures, leaked from an as yet unpublished report by the European Commission’s Joint Research Centre. According to these figures, biofuels would contribute to at least 50% of food prices increases by 2020, and their ILUC-effects would be horrendous by that time (with a correct reference to oil palm plantations in Indonesia, inter alia). But the results of scientific studies increasingly diverge. Other scientists reported just a few weeks ago that biofuels hardly contributed to recent food price increases, and that ILUC effects were negligible so far. Who can we believe?

This all amounts to saying that Europe forced a decision. Using unpublished figures. What game is played here, and by whom? Do some stakeholders start a war on the biobased economy? In our opinion, the world needs a green economy based on a green chemical industry. In particular Europe needs such an economy. The biobased economy is the underlying force for the coming long wave in the economy. New innovation and new prosperity, combined with climate control – does not the world need exactly that?