You are here: Home / 2013 / July / Emmo Meijer: society has lost the conviction that science is the motor of progress

‘Dutch government officials do not support any more the idea that the country has to invest in research. There are hardly any knowledgeable civil servants who have an idea of the importance of R&D. Political parties do not want to understand it, and the respect for science seems to have vanished in my country. We do not believe any more that science is the motor of progress. Europe has grasped it, but the Netherlands is Europe’s weak spot.’ 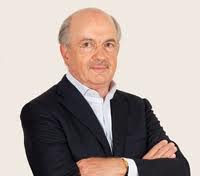 Research has become a cost
Emmo Meijer, head of R&D of Royal FrieslandCampina, among others a professor by special appointment and a member of the Control Board of some universities in the Netherlands and Belgium, chairman to the Dutch Topsector Agri&Food, advisor to the Dutch government and member of the Strategy Board of the European KIC Food, is very pessimistic: ‘In the Netherlands, we are short of one billion Euros for knowledge development and innovation. In particular because these are no longer funded from the natural gas proceeds. In the new top sector policy, sold to us as a fresh new start – in fact a cost cutting operation in disguise – we were told that private investments would make up for those funding cuts. But in the Netherlands, we do not look upon R&D as an investment. It is more like a cost. That is how R&D is treated in the official economic models. That is how it is regarded in politics. Moreover, policy makers look at its results in a time frame of just four years. In that way, it is impossible to mount any science and innovation policy.’

The respect for science has been lost
In the elaboration of top sector policy, government suggested that research institutes and companies might turn to Europe for their research support. And as a matter of fact, innovative research has passed the policy making process leading to Horizon 2020 fairly unscathed; notwithstanding the connected red tape, it is a good program that could indeed be beneficial to the Netherlands. For the Dutch knowledge system still is very good, but if cost cutting would remain the backbone of Dutch policy, it might be in danger.

Farmers co-own FrieslandCampina; the company regards this as one of its strengths. The Dutch agricultural sector is strongly organised, from the individual farmer right to the agricultural university

Perhaps a much bigger problem might be that in the past few decades, respect for science has gone down the drain in the Netherlands. In the general public and in government. Science has become one of the many possible opinions, not more important than anyone’s personal ideas. Broadly supported respect is an attitude that is difficult to restore. A proof of the dwindling respect for science is that there are very few knowledgeable civil servants left. The policy process is more important than its contents nowadays, and with new cost cuts to come, that does not spell much good. The unique position of the former Agriculture ministry (now integrated into Economic Affairs), with its grasp on content from which the biobased economy can profit, has contributed a lot to the unique position of the Dutch Agri&Food sector. Universities strive for excellence, and the same course has contributed a lot to the Agri&Food sector’s impact. But excellence requires devotion, and Dutch society does not value devotion to knowledge any more.

A role for the regions
As a director of an international company in the food sector, Emmo takes an international view of the Dutch Agri&Food sector, and observes that the Netherlands, a small country, is unique in being the second largest food exporter in the world, after the US. In order to consolidate that position, Emmo says, the food sector itself invests heavily in research in the Netherlands. That is a corporate effort, but what is government’s contribution? In order to compensate for the lack of focus and ambition at the national level, companies turn to the regions. Often, these still command major funds – having sold their utilities to the commercial sector – and apparently have a better understanding of the benefits of knowledge development. The Limburg province is a good example. Moreover, regional authorities are closer to SMEs, and in this sector more than 90% of companies are SMEs. SMEs themselves are convinced by now that they should no longer turn to the national government. But however keen the regions are in taking the lead in innovation policy, and whatever their success in securing European funding, they cannot sustain a science policy. That is a matter of national concern. And the national government turns a blind eye on it.