You are here: Home / 2012 / October / China might master artificial photosynthesis and artificial meat within five years 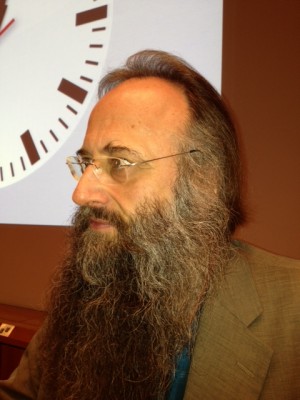 ‘Chinese concentrate in their research on four important areas: CO2-economy (of which artificial photosynthesis is a part), solar energy (PV), methanol, and artificial meat (proteins).’ According to Michael Carus, director, and Frabizio Sibilla, researcher at nova-Institut, at an Essen conference on the coming CO2-economy. ‘And in all these areas, they have taken the lead. They might have mastered artificial photosynthesis within five years.’

As for CO2-economy, their dominance is apparent from the sheer number of patent requests that they have filed during the past three years. Their volume is so large that at a certain moment it might block our IP-position. Then you would arrive at the situation where fundamental knowledge is in Europe – like in most scientific areas for which Chinese students come to Europe – but technological skills in China. Something which holds true for PV now already. Each year the Chinese start to operate a new solar panel factory, which allows them permanent access to state-of-the-art  technology. Quite different from the position of European manufacturers. Their prices have taken such a dive that the Americans complain about unfair competition and have issued a 24 to 36% levy on imports. Of course, the Chinese maintain that it all results from their superior technology.

Technological skills
The Chinese produce methanol from their excess of electricity production. They first produce H2 from it, which reacts with CO2 to produce methanol (as a matter of fact, this is CO2-economy, too). They produce artificial meat by polymerization of amino acids to polypeptides, or by direct production of these polypeptides. There is an urgent need for this product, as the amount of fodder is limited, and as China is a net soy importer already.

In all these areas, China has become a technological leader. Europe suffers from slow decision making. If we come to a decision at all, with 27 countries all pursuing their own interests. European scientific knowledge and technology are state-of-the-art, but the Essen conference showed again: ours the research, theirs the production.