You are here: Home / 2012 / September / The European Commission’s alcohol problem 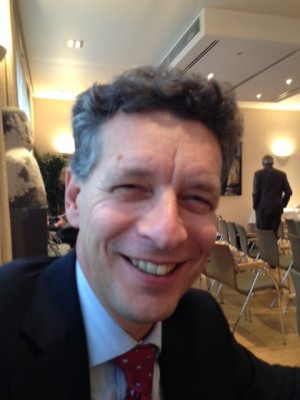 The European Commission may renounce its former renewable fuel directive, and plans to lower the required renewable fuel percentage from 10 to 5%. The ethanol industry is furious, and accuses the Commission of an ‘irresponsible U-turn on biofuels policy’. Could this also harm green chemistry?

What is more common than alcohol in our daily lives? We drink it (too much), fill up our car’s tanks with it (so far, too little), and produce (way too little) chemical building blocks from it. Surely, we will know how to handle such a product? But that appears not to be true. Alcohol appears to be a very controversial subject in Europe. In biobased circles we see alcohol from plant residues as the first major step towards a green circular economy for chemicals and materials, and as the main product to substitute for petrol as an automotive fuel. But the European Commission struggles with it, wants to restrict the use in motor vehicles, and to make new complicated calculations with it. And the alcohol producers, i.e. the European Renewable Ethanol Industry, impersonated by the sector organization ePURE, react furiously.

An irresponsible U-turn
What is the issue? The Commission reverses its prospective 10% biofuel mix scheme for a 5% scheme, under the pressure of NGOs and their ‘unrealistic’ ILUC argument, according to ePURE. Notwithstanding the unanimous support from the European Parliament and Member States, just three years ago, for a policy to reduce greenhouse gas emissions from the transport sector, promote energy self-sufficiency, and stimulate sustainable developments and employment. And notwithstanding the sector’s utmost efforts to comply with the strictest if all sustainability regulations in the world, contained in this fuel policy.

The sector claims it invested € 9 billion in ethanol factories, creating some 100 000 (mainly rural) jobs, whereas the Commission’s new guidelines might finish the entire biofuel industry. Apart from that, in many countries motorists drive on fuels containing much more than 5% ethanol. According to ePURE, the new directive will almost kill ethanol production for use as a motor fuel, and that would possibly endanger as well ethanol production as a biobased feedstock. ‘A very possible outcome,’ says Rob Vierhout, ePURE’s secretary general, at a Brussels meeting of the sector, where the Commission’s unpleasant news surfaced. ‘The clumsiness with double and multiple counting exacerbates the lack of clarity. Not to mention the greenhouse gas policy goals, which can only be met by creative accounting.’ Says Rob Vierhout. And no extra income to farmers, who could earn a bit more by selling their agricultural waste to biorefineries.

No distortion of food markets
According to an ePURE factsheet, ethanol production from agricultural food and feed crops cannot influence food prices, as the amount produced is negligible, just 1% of total cereals production (maize and wheat). As the Commission itself confirmed as recently as 2008. Hence, no Food-Fuel discussion. ‘Moreover, we only use the starch fraction – about one third of cereal yield – for alcohol production, and we also produce protein rich fodder, and water and enriched carbon dioxide. World utilization of cereals for ethanol production is somewhat higher, 3%, still not a large fraction. Hence, there is just a very small impact of ethanol production on food prices.’ Moreover, ePURE denies that cereal cropping for biofuels would require more land (the ILUC argument). To this, they add many more arguments; we should reduce world meat consumption, and the half of food production that is lost in the food chain. Major gains are to be won in those areas.

A last argument maintains that Europe will powerlessly lag behind the US (which used large crops of GM corn for fodder and biofuels, and which now effortlessly turns to second generation biofuels), and China, where nobody bothers about GM controversies. In short, says Rob Vierhout, the European Commission lends its ears too easily to NGOs which in course of just a few years defend mutually irreconcilable positions. It could smother the nascent biobased economy, which will not come to fruition without sufficient ethanol. Says ePURE. Panic? Sure. Could it go this way? Sure.