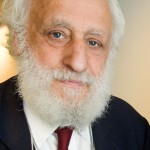 Forty years ago I met Leo for the first time, and our paths kept crossing agreeably often. In the early seventies, Leo soon joined the Reflection Group on Energy Policy,

German Nova-institute released an interesting press release, August 15: ‘The next revolution: CO2 plus renewable energy can serve as a feedstock for fuels, chemicals and plastics’. According to Nova’s CO2

In Europe we witness intensive social participation, coupled to increased self-confidence. People often decide to leave government and political parties aside. They seek and find each other in loose alliances, 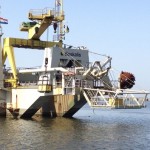 Just for a second, one forgets Europe and feels a one hundred percent Dutchman on a hot Sunday afternoon. Where? In ‘Futureland’. Again please? Right, nowadays that is the name

Mark Bünger, author of the recent Lux Research report on biochemicals and biomaterials (see the article on this site), holds the opinion that the viability of a green chemical industry

There still are many obstacles on the road to a fully commercial green chemicals industry. That is the upshot of a study by Boston based Lux Research, ‘Pruning the Cost

On August 17, 2012, BASF, Cargill and Novozymes signed an agreement to develop technologies to produce acrylic acid from renewable raw materials. Presently, acrylic acid is produced by the oxidation