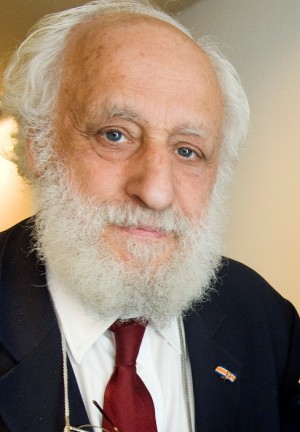 Forty years ago I met Leo for the first time, and our paths kept crossing agreeably often.

In the early seventies, Leo soon joined the Reflection Group on Energy Policy, founded by others and myself, as an MP for the PPR (a party which later merged into the Green Left). Until yesterday he remained involved. In the early days, he suggested to ask a young christian-democratic MP, Jan van Houwelingen, to join the Reflection Group. This appeared to be very thoughtful, for subsequently this ‘loyalist’ faction of christian-democratic MP’s voted against Lubbers’ plans for nuclear power stations. In the late seventies, Leo was his party’s no.1 candidate for the European parliament, and asked me to support him by highlighting energy issues.

Factor 10
After having been re-elected several times, Leo disappeared to become a high-ranking civil servant, always very open minded. At first, he was in charge of waste policy; then he moved on to technology policy and started the Sustainable Technology Development group, on innovation, technology and the environment. For years at a stretch, he addressed seminars on the subject of systems innovations, which could ameliorate our efficiency by a factor of 10. This work also led him to join the ‘Factor 4 group’, an international think tank with (among others) Von Weiszäcker (who wrote a book about it).

When I was among those who initiated the Broad Discussion on Energy Policy (1979-80), this enthused Leo immediately, and that led to his very intense participation in that process as a member of the steering committee. Democratic processes were our common passion, as was shown by our common participation in SOMSO, a group of activists who were in favour of radical processes. We had fierce discussions at his home, but we also made a night of it in the Harz, where at a small conference we rather enjoyed too much the wine. His expertise and personality made him popular in many circles. Once, he held a Technical University Delft chair on ‘Environment and Technology’, together with an ex-CEO from the chemical industry, Huub van Heel. As usual, Leo’s cooperation with this man who held completely different ideas on sustainability and innovation was excellent; he drew inspiration from their discussions. We enjoyed the co-lectures of these two inspired gentlemen, so different in background and yet so alike in esteem for the other person.

Enormous network
Once, I tried to have him appointed as my successor as the manager of a TNO think tank, but alas the board judged him to be just a bit too critical. After TUD he continued making good use of his enormous network; he fulfilled many functions in the expanding world of sustainability and innovation. We cooperated in difficult processes concerning alternatives for chlorine, green chemistry, the North Sea, etc. I even persuaded him to join me in a visit to a project on sustainable development in the Ural. Our aim was to inspire a large number of women’s groups to pursue sustainable development in this ‘most filthy region of Europe’, in the neighbourhood of Cheljabinsk, where in the sixties nuclear tests had been conducted.

Two things dominate my memories of him. He always spoke in a positive tone, his last sentence seeming to imply a question; he would beam as he watched you, and nodded as if he meant to say: ‘you do know that, of course’? And he indicated almost everyone using the first name, as if suggesting that he would meet them regularly.

To me, Leo was an agreeable ally, and I revel in remembrance of all those weird moments in his company: drunk in the Harz, sleeping in a tiny bedroom in the Ural, in fierce debate at a chemistry congress on innovation. And particularly: those little sparkling eyes as he spoke.

Leo, at your seventieth birthday we recalled the past, as we sat on a wooden bench in the forest. Thank you for all your contributions and inspiration.