Sustainability is a difficult subject. Many conversation partners are willing to accept that mankind pursues activities which endanger the planet, ecosystems, future generations, plants, animals. But they have a hard

Disappointment and resolve. Those were the general feelings in the Rio+20 debrief meeting, July 19 in The Hague. Disappointment because results had been meagre: merely the affirmation of previous agreements, 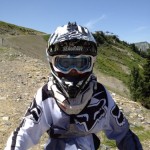 Having been the owner of a little house in the French campagne, visited each year, I had not been in the mountains for some twenty years. But finally we went

We all know that ‘Big Oil’ is not fond of green chemistry and the green economy. But biobased chemists trust that crude oil prices will keep rising, dragging along natural

It seems to be an article like many thousands that are published each year; a scientific and technological article of the sort that scientists have got to publish for their 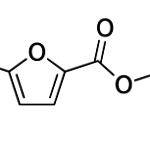 Biobased PEF (polyethylene furanoate), the new feedstock for soft drink bottles (Coca Cola and Danone) is not only green, but also cheaper to produce than both fossil and drop-in green