Applications of graphene, that wonderful material, multiply all the time. The latest news concerns its application in concrete. Adding graphene to concrete can render it extremely strong and much more versatile. This is important because we will need much less concrete for construction. And as concrete production is a major source of carbon dioxide emissions, this would have a very large climate impact. Moreover, it would reduce sand and water use and allow for more elegant constructions. A company called Grafinco in Balk (the Netherlands) develops graphene in concrete. 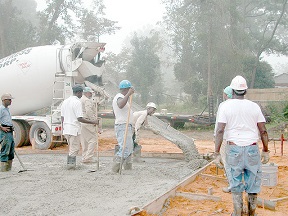 Grafinco’s CEO Michel de Ruiter applies graphene in concrete for reinforcement purposes. Quite off the beaten track, as most applications of graphene (a layer of carbon atoms just one or a few atoms in thickness) involve the electrical properties of the material. As a reinforcement material, it is used in the frame of tennis rackets. As a construction material, graphene is unbelievably strong. A net made of graphene ropes, 1 cm thick, would be able to stop a Boeing 747 in full flight. And this magical material appears to have a major effect on the properties of concrete.

We urgently need to find alternatives

Concrete is one of the most polluting substances on Earth, as far as carbon dioxide emissions are concerned. Cement production, among others for use in concrete, emits 8% of all carbon dioxide emissions produced by mankind. But concrete industry is powerful and stands in the way of innovations that might produce much less CO2. Even though such innovations might have other beneficial effects, like the use of local resources. Or self-healing of cracks that inevitably appear when you build in concrete. But then, adding graphene to concrete might stand a better chance of actual application. 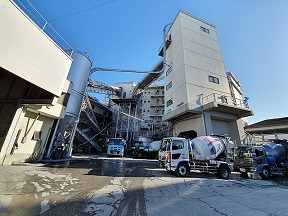 Grafinco experimented with graphene in concrete over the past five years. These additions might revolutionize the concrete industry. Adding graphene in the right amount could reduce concrete use with 40%. Graphene will also speed up the hydration process that solidifies concrete; by up to fifty times. The fortified concrete is less permeable to water and attaches better to the rebar.

Sector conservatism towards graphene in concrete

But again, the conservatism of the industry doesn’t support an innovation like this one. Graphene in concrete meets with resistance. For instance from building regulations. Dutch regulations stipulate the exact amount of concrete to be used in construction; so any scheme involving a 40% reduction will run into regulatory problems. Grafinco tries to overcome such barriers in low-risk demonstrator projects. Says De Ruiter: ‘Our first project will be in non-bearing parts of a construction, I expect we can realize this in 2023.’

And then, the application of graphene in concrete should be as simple as possible. Avoiding any barriers that might come up from a practical point of view. ‘Just one extra pipe in the cement mixer, that’s how it should be.’ Countries like USA and Saudi Arabia are interested. So far, most of the research on graphene in concrete is funded by the company itself. With the occasional grant for innovative projects. ‘We want to remain independent for as long as possible. All team members share the same dream of making this world a little bit better with our innovative product,’ says De Ruiter.

Interesting? Then also read:
Innovative concrete: we need it badly, it’s there, we don’t use it
Renewable carbon, the key to a sustainable chemical industry
CO2 utilization, a growth sector