For a long time, biology held that mutation rates are random. Biologists assumed that mutations occur anywhere in the genome, in principle at the same rate everywhere. That some mutations are more successful than others is because harmful mutations are weeded out by natural selection, so the theory ran. But the authors of a recent article in Nature found that mutations occur considerably less often in locations that are essential to the organism. This turns upside down existing theories. 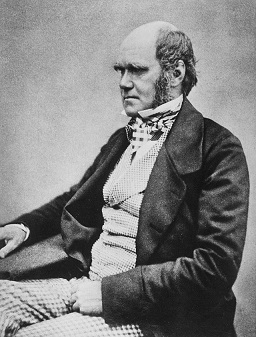 Charles Darwin, the father of the evolution theory

That mutations occur at random was an important axiom of biology and evolutionary theory. An axiom: although never proven by itself, it directed modern biological thought. As opposed to a teleological view on biology, that supposed life to be goal-seeking. The axiom of constant mutation rates relieved biologists from the need to theorize on mechanisms that could steer them. Yet it was often observed that mutations appeared less often in genomic makeups that overlap between different species. But many biologists thought that this resulted from selection mechanisms, in which harmful mutations were weeded out. But we also know that nature often discovers important mechanisms just once, like eyesight or energy supply, and then applies them in various organisms.

Successful mutations were supposed to be the result of random mutations first, and a selection mechanism afterwards. The prevailing paradigm in evolutionary biology: mutation is a directionless force intended to overcome or mitigate external threats. Remember the development of resistance towards antibiotics and the mutations in the corona virus, both under pressure of the environment. According to this theory, any differing mutation rates observed can only be caused by selection. For what on earth could possibly account for a natural selection mechanism in mutations? In short, the question is where selection takes place: before or after the mutation. 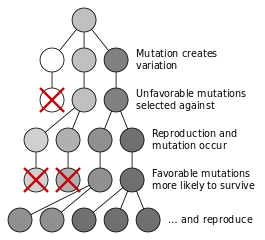 Scientists now judge they found proof for selection before mutation. A team headed by J. Grey Monroe (Max Planck Institute in Tübingen and University of California Davis) found proof of this mechanism in the little plant Arabidopsis thaliana. A little edible weed, related to cabbage. Often used in experiments like this, because it has a small genome. If the team is right, their findings will change fundamentally how we view mutation, selection and evolution. So far, if researchers found that a particular gene evolved faster than another gene, they assumed that the mutation rates would be the same, but that the selection rates were different. The present research suggests that on top of this, a large part of this variation is actually due to a variation in the mutation rates themselves. Then, the explanation of a lot of phenomena needs to change.

Mutations are not necessarily bad

So far, many people would tend to judge mutations in the genome to be a bad thing. Causing cancer, for instance. They occur when errors are made in the copying process of DNA. But the mere concept of errors in the copying process might result from a lack of knowledge, rather than scientific proof. Mutations also enable populations to adapt and survive, because they are a source of genetic variation, Again, the coronavirus provides us with the example. 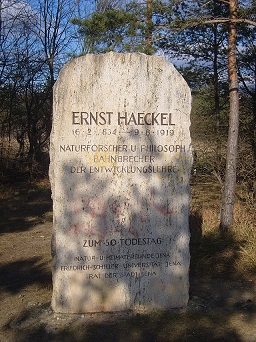 In early twentieth century, scientists found that mutation rates (whether productive or harmful) were independent of the consequence of the mutation. The mutation rate for each species, it seemed, was pretty stable. This insight won two scientists a Nobel Prize in 1969 and has been a tenet of evolutionary biology ever since. However, when we look at genomes, we find more mutations in some parts than others; depending on how important they are. The researchers found that mutation rates are almost 60% higher at the tips of the genes, compared to the central areas. Conversely, in essential areas mutation rates are almost 40% lower than in non-essential areas. These are are quite big numbers. The researchers had to investigate many generations of the Arabidopsis plants to arrive at these conclusions. In fact, they weren’t even looking for the effect they eventually discovered. Their interest was in gene knockouts – genes that lost their function because of mutation.

The role of histones

The penny dropped when Monroe and a doctoral researcher, Thanvi Srikant, discovered that the pattern observed in genes looked much like a pattern observed in chromatins. Chromatin is the genome – the DNA – plus proteins such as histones, that package and help to organise the genome. It has an important function if DNA is damaged (for instance by mutations). The surrounding proteins help repair the DNA, a process that is being done in seconds.

Now this was important to the researchers because it suggested a possible explanation for why mutation rates might vary across the genome. While upholding the theory that in essence, mutations occur randomly anywhere in the organism. They now point a the organism’s repair machinery. Cells have such a machinery, embedded in the chromatin, that can repair damage to DNA, reducing the number of mutations. A purifying mechanism that operates stronger in locations essential to the organism.

In 2012, a paper published in Nature also found lower mutation rates in important genes. In this case, the work was done on bacteria, on E.coli, and the researchers couldn’t explain their findings. But now, this new research might explain the mechanism. These findings need to be confirmed in other species than A.thaliana and E.coli. Present data still allow for two possible explanations. Less mutations take place in essential DNA areas; or mutations are still random but the essential areas have better repair mechanisms. The debate will carry on.

So all in all, the new findings may give rise to a new chapter in the debate between teleology and natural selection. Maybe there is a purpose in the mechanism that protects the fundamental makeup of organisms? Keeping in mind the bon mot of biologist J.B.S. Haldane: ‘Teleology is like a mistress to a biologist: he cannot live without her but he’s unwilling to be seen with her in public.’ Evolutionary biologists may have to re-examine their papers, to see whether their interpretations are correct.

Interesting? Then also read:
Can we engineer life? Precision modification of the genome
Who are we? The microbiome revisited
Directed evolution: a Nobel prize winning innovation