You are here: Home / 2022 / February / Methane emissions cause concern

Almost three years ago, in 2019, we voiced our concern over increased methane emissions. Although then we saw a bright side to this problem: unlike CO2 emissions, methane (CH4) emissions can easily be tracked down and repaired. But three years later, nothing much seems to have happened. Methane concentration in the atmosphere has reached an all-time high. Now it is over 1,900 ppb (parts per billion), in contrast to 700 ppb in pre-industrial times. In comparison to CO2 emissions, CH4 emissions are much more man-made. 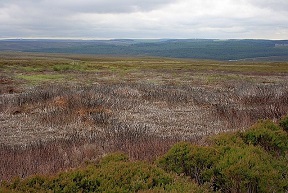 Methane as a greenhouse gas

Methane is released in much smaller quantities than CO2. Its concentration in the atmosphere is much smaller too. On the other hand, as a greenhouse gas, it is about 25 times as powerful. An estimated one fifth to one quarter of the present and predicted global temperature rise is due to methane emissions. About time to act, so it would seem. Any action could have a swift effect, as CH4 is estimated to stay in the atmosphere for just nine years – as opposed to up to 200 years for CO2. Why is there so little happening?

Three articles on the site The Conversation try to shed light on this matter, unfortunately without any firm conclusions. The most recent article notes that ‘the sharpest rise on record happened in 2020. This was not expected when world leaders signed the 2015 Paris Agreement.’ We are on a course to exceed the global methane budget, agreed upon internationally. Which methane sources do we know?

About 600 million tonnes of methane are released into the atmosphere each year. By measuring the proportion of 13C over 12C in atmospheric methane, we can estimate that about two-fifths of these emissions come from natural sources, like rotting vegetation in swamps and in cows’ stomachs. The remaining three-fifths of the emissions come from sources tied to human activity, such as drilling for, and handling natural gas.

We now estimate that of those 600 million tonnes, over 100 million tonnes originate from the fossil fuel industry. Mainly through gas leaks, both from industrial sites and distribution pipes. And from unintended releases from coal mines.

Agriculture produces about 150 million tonnes a year. Including emissions from rice fields. And from ruminant cattle, sheep, goats and camels. Urban landfills and sewage systems contribute about 70 million tonnes annually. The amount of 12C has increased from 2007 onwards. This suggests that natural sources such as these become more important.

But among these sources, wetlands now seem to be responsible for the majority of methane emissions. Such as tropical swamps in the Amazon, Nile and Congo basins; tundra in Russia and muskeg bogs in Canada. Wetlands emit roughly 200 million tonnes of methane a year. Moreover, as for tundras, there is a positive feedback. As temperatures rise, the structures containing methane will decompose. They will therefore release more methane, causing temperature to rise even more.

A second article also suggests that agriculture, including livestock, is likely to be a dominant cause of the rapid increase in methane concentrations. The Food and Agriculture Organisation reports rising emissions from these sources; even though is doesn’t not exclude the role of other sources. The most important rise in emissions might be in the tropics.

What can we do? In the short term, among the easiest sources to control are landfills. They can be covered with soil. Then, stop gas leaks, both at wells and in street pipes. Control emissions from biodigesters. End coal mining, or at least remove methane from coal mine ventilation. But in the longer run, the task before us might not be so easy. 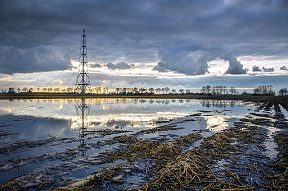 For some researchers still hold that natural gas production is the most important source in the rise of methane emissions. Responsible for two-thirds of the sizeable rise in global emissions between 2008 and 2014. Shale gas production by fracking (with its inherent difficulty in controlling the gas due to leaks), could have accounted for more than half of this increase. And it’s not just shale gas. To a certain extent, CH4 release is caused by any mining of fossil fuels: coal, oil or gas. As recently as 2018, NASA published research showing that fossil fuels are responsible for two-thirds of the rise in atmospheric methane.

So in order to fulfil the Global Methane Pledge (Glasgow, 2021) to cut methane emissions 30% by 2030, we should consider all options. As The Conversation says, methane hitting 1,900 ppb is a fire alarm. We cannot stop natural wetland emissions. But we can reduce human-caused emissions, quickly. Start with the easy measures and prepare for the more difficult ones at the same time. A new instrument helping mankind here is Tropomi (TROPOspheric Monitoring Instrument), a satellite that monitors (for instance) methane leaks. In 2019 it discovered a major natural gas leak in Turkmenistan. In one year, 153,000 tonnes of methane were released. In climate impact terms as important as the emissions of one million motor cars.

But then, many policy makers still look upon natural gas as a bridge from coal and oil towards renewable energy. How sustainable is this option? Does it make sense to invest in new gas infrastructure, when we are well underway to pass the 1.5oC mark within a few years already?

Methane emissions, what can we do?

In short, if we should wish to continue using natural gas for a foreseeable future, we should take stringent measures. Control all drilling sites and take all measures required to avoid accidental gas releases. Do all that is necessary to get countries on board that do not yet comply to these principles, like China, India, Russia, Qatar and Australia. And, so it seems, the majority of fugitive methane emissions come from a minority of locations and activities – so-called super-emitters, whose emissions spikes are largely avoidable.

And we don’t have to use methane as such. We can also process it to hydrogen and carbon, in a process called methane pyrolysis. Such a process would avoid many of the systemic leaks seen today.

To a large extent, we can curb methane emissions. The main obstacle seems to be a lack of resolve to do so.

Interesting? Then also read:
Methane emissions may threaten Paris climate agreement
Methane pyrolysis turns a grey resource into a green one
Renewable carbon, the key to a sustainable chemical industry