Biological crop protection is on the rise. In many respects, biologicals are better than chemicals. Generally, they carry low risk for human health and for the environment. Not necessarily harmless however. And they may not protect crops as effectively as chemicals. The field is in rapid development. 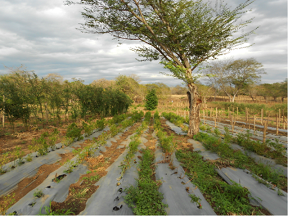 Whereas biopesticides can be as effective as conventional chemical pesticides, they have several advantages. They can be applied shorter before harvest, they are generally biodegradable, leave few (or no) harmful residues and are generally cheaper and easier to register. As Biotalys, one of the companies active in this field, notes, biological crop protection agents offer a ‘straightforward regulatory pathway, (they) enable the development of novel biocontrols three years faster and at a significant lower cost compared to the generation of chemical active ingredients.’

These agents may consist of microorganisms that attack the pathogenic organisms (bacteria, fungi or viruses). Or they may contain substances produced by such benevolent organisms, with the same effect. Biocomm.eu groups biological crop protection agents based on their mode of action: bioherbicides, bioinsecticides & bionematicides, and biofungicides.

Generally, bioherbicides target specific enzymes and inhibit their normal function. For instance, they inhibit the biosynthesis of organic plant constituents, like fatty acids. Or they may disrupt metabolic processes necessary for plant functions, such as photosynthesis. Many of these actions are harmless to animals. But some substances may not be harmless, they may for instance affect respiration in mammals, insects and microorganisms. Then, the environmental impact of this group of biopesticides might be appreciable. Such side effects, including possible allergenic effects, are the subject of growing research interest.

Bioinsecticides may be microorganisms (such as B.thuringiensis) that infect insects or nematodes. Or they may be natural compounds with insecticidal activity, sourced from such microorganisms, or from plants or animals. Plants for instance produce such compounds for defence from predation. Generally, bioinsecticides are very specific towards insects. But some metabolic processes are common to insects and mammals. The insecticides that target them are not selective, and therefore they should be handled with care.

Biofungicides control plant pathogenic fungi. They either act directly on the fungus; or they induce the plant to defend itself, by stimulating the production of secondary plant metabolites. These substances aren’t necessarily harmless either.

All these agents aren’t safe as a matter of course. But Robyn Kneen, Head Global Regulatory Affairs Biologics at Bayer, says that biologicals are an essential tool in sustainable agriculture. ‘They are effective in different ways. Many modern biological crop protection products are expected to match the performance of chemical products, particularly when pest or disease pressure is low to moderate.’

The Belgian company Biotalys, active in this field, interestingly looks upon itself as being in the field of ‘food protection’ rather than that of ‘crop protection’. ‘We are not here to revolutionize agriculture,’ says CEO Patrice Sellès to Biofuels Digest, ‘but to transform it and create a transition to more sustainable solutions whenever possible.’ So if we have a look at the entire food chain, Biotalys might be active wherever there is a threat of food waste.

The company was founded in 2013 and is based in Belgium. Recently it opened a North American headquarter in North Carolina. It creates nature-based protein products that protect food; they ensure a safe, sustainable food supply, and reduce food waste. They approach this from the biobased perspective. Using biocontrols to create a safer, more sustainable food chain. 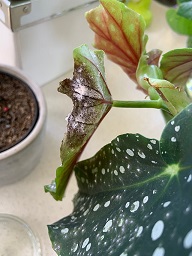 Biotalysis’ workhorses are genetically engineered microbes that produce proteins from carbon sources like green methanol and sugars. Their first product, a biofungicide, acts against powdery mildew and botrytis mould on strawberries. It has also been successfully tested on grapes and has good potential for tomatoes. They will launch their first product in Florida in 2022. They have had 150 field trials all around the globe including California, Oregon, Florida, France, Spain, Italy, South Africa, Japan, and more – pretty much everywhere except Australia, says Sellès.

In 2020, Biotalys was awarded € 1.1 million by Flemish research organization VLAIO, in support of the development of novel protein-based bio-bactericides. Says Sellès: ‘our goal is to replace traditional chemicals, get less residues on the food, yet have the same quality and something you can trust. We hope to replace more and more chemicals with alternative solutions that help safety, biodiversity, food protection, and can be applied closer to consumption time.’