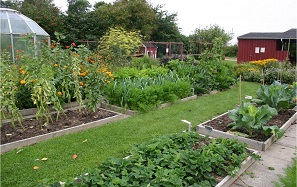 Knowable Magazine, by its journalist Natasha Gilbert, is convinced that we can develop such sustainable farming, so we wrap up the arguments. Her motto: ‘We can’t afford to be ideological about what sustainable farming looks like’. First of all, she notes that organic farming wins the sustainability contest hands down, if we just have an eye on agriculture’s local environmental effects. But the world needs to be fed. And food production needs to double for the world to feed 10 billion people well in 2050. In view of the yield loss if farmers should all embrace organic farming, we will need at least some zest of conventional farming. Or the other way round: what can conventional farming do in order to reduce its footprint?

Partly, conventional farming should return to the old habit of crop rotation. As Gilbert writes: ‘After an eight-year experiment ending in 2016, agronomists at the universities of Minnesota and Iowa State reported promising results from three-crop rotation systems on a 9 hectare experimental farm at Iowa State. The crops were switched over periods of two, three or four years and assessed for yield, profit and environmental effects such as soil erosion and nitrogen leaching into rivers and groundwater.’ Crop rotation and the use of legumes in between crops will allow farmers to use substantially less (over 80 percent) fertilizer and herbicide. And lower fertilizer and herbicide use will lead to much lower nutrient and herbicide runoff. In such a system of sustainable farming, yields will be higher than in organic farming but slightly lower than in conventional farming. Mostly (but not always) lower income from lower yields will be balanced by lower input costs. There is one economic downside: products cannot be sold at premium (organic) prices.

There is an aspect that Natasha Gilbert does not touch upon: the continuous productivity rise in both organic and conventional farming. Partly due to continuous crop improvement that allows, for instance, maize stems to be packed much more densely on the field. And partly due to techniques of precision agriculture that primarily depend on inspection of the crop. Precision farmers revert to pest control only if and insofar pests or diseases have been observed, with a preference for non-chemical methods. Crop yields per hectare can differ by as much as a factor 10 across countries, depending on investment, effort and dedication. Therefore there is a world to be won on the way to sustainable farming. 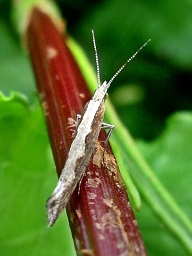 And recently, researchers suggested that we can use genetic modification in order to approach the goal of sustainable farming. Not by modifying the plant, but its enemies. One of the target species is the diamondback moth or Plutella xylostella. This insect is highly damaging to brassica crops such as cabbage, broccoli, cauliflower and canola. It causes several billion dollars damage to crops annually, and is largely resistant to insecticides. Now researchers have modified male moths in such a way that female offspring will not be viable and therefore just male offspring  will survive. With sustained releases into the environment, pest population is therefore suppressed in a targeted, ecologically sustainable way. But if releases stop, the self-limiting insects decline and disappear from the environment within a few generations. Therefore, this technique will limit the population of harmful insects for a while and prevent a plague. It will not have permanent effects on the environment, unlike the gene drive. The technique has been named RIDL, which stands for Release of Insects carrying a Dominant Lethal. It has not just been applied to diamondback moths, but also to Mediterranean fruit flies and olive flies. It has also been used in field trials on mosquitoes in order to reduce cases of dengue and zika.

These are just a few sustainable agricultural techniques developed over recent years. Together, they may show a path towards sustainable farming – required for feeding a growing and more affluent population in a sustainable way.