You are here: Home / 2022 / January / Ban plastics? Back to science-based material policy

Gut feeling says plastics are bad for the environment – but are the alternatives really better?

Originally published in Renewable Carbon News of the nova-Institute. 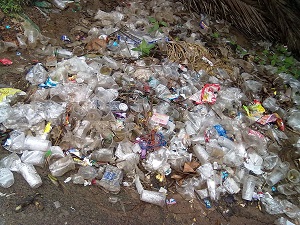 In public perception, plastic has become a serious environmental problem. We all know the images of plastic in the oceans, animals trapped in plastic or with plastic in their stomachs, and the concerns about microplastics accumulating in living beings. Our gut feeling tells us that avoiding plastics as much as possible is the right way forward. Policy has followed suit and started to address plastic through legislation and regulation. In the last two years, there have been a remarkable number of bans or restrictions on using plastics in certain applications. It feels almost like a public competition has begun about who and where else we can do without plastics. The Single-use Plastics Directive (SUPD) from Brussels is a good example for this trend, as it seems to solely focus on reducing plastics to avoid microplastics in the open environment without reflecting on the consequences on other sustainability areas all too much.

But is the gut feeling above confirmed by scientific studies and, above all, life cycle assessments? Are we on the right track?

Reality is of course more complex. First of all, life cycle assessments show that replacing plastics with metals or glass often leads to significantly higher CO2 emissions. For metals and glass, considerably more energy is required both in production and in subsequent transport. If the plastics are produced from renewable carbon – bio-based, CO2-based or recycled – instead of the mainly used fossil carbon, their balance looks even better because the carbon is kept in a circle. 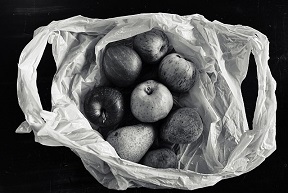 But plastics can also score points against natural materials time and again. A comparison of a PE shopping bag, which is now banned in Europe, with a cotton shopping bag came to a clear conclusion: depending on the study, the cotton shopping bag would have to be used 100 to 200 times before it could equal the environmental balance of a PE shopping bag used once. And during this time, the cotton bag is never to be washed or the impacts of the washing process have to be added on top. What is the reason for cotton’s poor environmental performance? First and foremost, the agrochemicals used in cultivation and the complex production process for the yarn, fabric and bag.

The wooden forks now often found in convenience food are also a very questionable alternative to plastic forks. Milling the wooden fork from solid wood is not very material-efficient, quite energy-intensive, and the used wooden fork ends up in incineration or landfill – it’s a dead end in the circular economy. The plastic fork is produced highly efficiently, can be rinsed and reused many times if designed appropriately, and can eventually be recycled. And if the plastic is made of renewable carbon, the balance becomes unbeatable.

In France, plastic film is now to be banned from protecting vegetables. Again, the intention is understandable, but actually there is not only the danger of higher CO2 emissions due to increased food losses, but also relevant reduction in the quality of the vegetables. James Wong digs deeper into these impacts in his article “Plastic food packaging gets a bad rap, but does it always deserve it?” (New Scientist, 1 (online) 4 (print) December 2021):
‘The less geeky among us might overlook the fact that fruit and veg are still living plants, constantly interacting with the world around them in complex ways, some of which degrade the product. Under supermarket strip lights, they are still photosynthesising, making new compounds, breaking down others and even emitting growth regulators into the air that affect the behaviour of neighbouring crops on the shelves around them.

Understanding these incredibly sophisticated interactions and how to control them has spurred the creation of a branch of study called post-harvest technology. Over the past half century or so, this has led to a suite of ingenious inventions, including wrapping, that have dramatically extended the shelf life of crops. Waste has been slashed and nutritional quality and flavour improved.

Take, for example, a study published in 2011 showing that shrink-wrapped cucumbers lost a lot less water in a typical journey from farm to fork than the unwrapped equivalent, extending shelf life by up to 60 per cent. Ditching this wrapping would therefore have a significant impact on food as, much of the time, the crop would go off before being eaten.

The upsides of plastic packaging don’t stop with shelf life, but can retain the nutritional value of the crops too. Broccoli is a good example. It can lose up to 80 per cent of its glucosinolates, a group of phytochemicals thought to be responsible for some of the crop’s key health benefits, when loose on supermarket shelves, versus the shrink- wrapped version in the chiller. Such effects have been found in a wide range of crops, which is one of the key reasons retailers go to the extra expense of using wrapping in the first place.’

And with regards to CO2 emissions, a plastic film ban can also backfire:
‘A recent study published ahead of formal peer review, from the Swiss Federal Laboratories for Materials Science and Technology, looked at cucumber production and found that plastic packaging was responsible for only 1 per cent of the total environmental impact of this food, yet each cucumber that had to be thrown away because it spoiled has the net environmental impact of 93 plastic wraps. The study concluded that, in the context of reducing food waste, the plastic was beneficial: by extending shelf life, the net environmental benefit of wrapping cucumbers was 4.9 times higher than not bothering. This shows wrapping is a complex and confusing issue.’

Of course, this is not to say that plastic films are useful in every case – but when they are beneficial for quality and CO2 footprint, they should stay! If we want to achieve a sustainable future, we need differentiated science-based guidelines and political regulations, not decisions that primarily satisfy the gut feeling of consumers and politicians!

Of course, next to the CO2 footprint, other aspects must be kept in mind for plastic solutions, such as microplastics being released into the environment. But this is a waste and collection problem, which can and should be addressed specifically. As long as plastics end up in the appropriate private or industrial collection systems, neither macro- nor microplastics end up in the environment.

A final thought to consider. Plastics today are mainly made from fossil-based crude oil, which means that despite their efficiencies they add new carbon into the cycle above ground. A system change to renewable carbon is on the horizon, which means switching to bio-based, CO2-based and recycling to create sustainable carbon cycles. If we’re going to use plastics, let’s use the right ones!

Written together with Christopher vom Berg