We often assume that ecosystems existed in a pristine state when Western researchers first encountered them. But new research now undermines this concept of pristine nature. Ever since mankind existed, it has had a profound influence. Our forbearers promoted certain species, extinguished others, influenced their size, or introduced them to other continents. 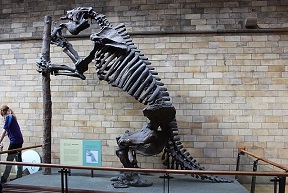 Knowable Magazine devoted a thoughtful article to these new insights, written by Julia Rosen. We know that humans played a major role in the extinction of large animals: the mammoth in Russia, the dodo in Mauritius and a giant ground sloth known as Megatherium, or Great Beast, in South America. These examples are common knowledge – but not so the opposite, like the promotion of the Brazil nut in the Amazon basin and the spread of the coconut palm across the world.

The Brazil nut requires help from animals in order to grow into a new tree. Like from agoutis — long-legged relatives of guinea pigs. They gnaw open the fruit’s hard shell, eat what they like and bury the rest, the way squirrels accidentally plant acorns. But humans probably helped too. People appear to have spread and nurtured the Brazil nut. They likely dispersed seeds and hacked back competitors, which helps explain why useful species make up some 84 percent of all the trees and palms in the Amazon.

The old concept of original sin

This story has not been recognized for a long time. It seems that two concepts have stood in its way: the myth of pristine nature – nature that derives its full value and richness just from itself. And our view of indigenous people as ‘primitive’ – people who take nature for what it is; people who haven’t mastered yet technology, the art of letting nature work for us. Both concepts relating to the even older concept of original sin – of civilized mankind doing harm to a world that was innocent by itself. 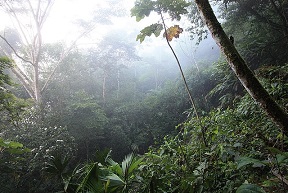 Rosen tells us in detail that what we perceive as pristine nature has always been modified by mankind, as long as we exist. Even in the sense that we can now look upon many parts of the Amazon as domesticated forest. ‘People have inhabited roughly three-quarters of Earth’s land area for at least 12,000 years and left their mark wherever they went. Even most landscapes considered ‘natural’ have long histories of human use, and truly pristine ecosystems have been rare for millennia.’

These human influences are beyond good and evil. They’re just there. There are not just stories of extinction. Harvesting pressure shrank the size of saltwater snails, desert tortoises, and Himalayan lotus flowers. Modern hunting promotes the evolution of tuskless elephants that don’t attract ivory poachers, and of short-winged swallows that can better avoid cars. And there are species that just benefited from humans, like the Brazil nut and the coconut palm.

Indeed, as humans started agricultural activities on small areas, they promoted local biodiversity. (Although modern agriculture tends to do just the opposite). Mankind created new ecosystems, many of which we now regard as pristine nature. These include some of the world’s biological crown jewels: the forests of southeast Asia, the grasslands of Africa, and of course, the Amazon. ‘These landscapes exist at least in part because of  human actions — not simply in spite of them.’

So now, researchers start to look upon changes in global vegetation patterns dating thousands of years ago as a result of human actions. So, ecologists studying modern changes are not spotting the first signs of human influence, but merely the latest ones. Not the whole iceberg, just the tip of it. This also means a re-evaluation of the knowledge and crafts of indigenous people. They ‘managed’ for ages areas of so-called pristine nature and created rich ecosystems in doing so. Such a re-evaluation is being asked for by both indigenous activists and environmental scholars.

‘We cannot turn back the clock and live the way humans did thousands of years ago,’ Rosen concludes. ‘There are too many of us that need food, housing and livelihoods, which will require people to use parts of the world in intensive ways. But perhaps we can still fumble forward, taking ownership of our role as a species that changes the planet, and caring for the wildness that persists in the world. That’s what humans — at our best — have been doing for a very long time.’

Interesting? Then also read:
Cooperation in living nature
Who are we? The microbiome revisted
Gaia, and James Lovelock’s gentle revenge