You are here: Home / 2021 / August / Carbon Take Back Obligation: make sure fossil fuels producers take responsibility for cleaning up CO2

This summer, the world has been shocked by disasters, probably caused by climate change. When will the global community take upon it in earnest the task of reducing greenhouse gas emissions? To this end, Dutch researchers have proposed a new instrument: the Carbon Take Back Obligation (CTBO). This will make fossil fuel producers co-responsible for cleaning up their CO2 emissions. It will introduce a market mechanism that will reduce CO2 emissions. 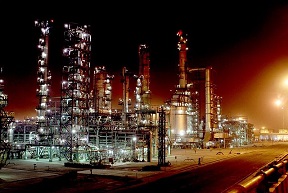 The world will still use fossil fuels for quite some time. Photo: Indian oil refinery. Kendash, Wikimedia Commons.

The report ‘Carbon Takeback Obligation, A Producers Responsibility Scheme on the Way to a Climate Neutral Energy System’ was published in January 2021. Researchers Margriet Kuijper, Evert Holleman and Jan Paul van Soest propose that their carbon take back obligation will substantially reduce the amount of CO2 released into the atmosphere.

The essence of their proposal, the authors write, is ‘that a producer or importer who sells carbon compounds on the market will have to take measures to ensure that an increasing amount of the CO2 that would be released in using their product, will be captured/stored instead of released into the atmosphere. Producer or importers don’t have to take care of capture/storage themselves, even though nothing will stand in the way of their doing so, but primarily they have to make sure that capture/storage will take place.’ They propose a system in which the obligation increases from covering a small percentage of fossil fuels used, to eventually 100%.

We will keep using fossil fuels in the foreseeable future

The authors assume that in the foreseeable future, mankind will still use fossil fuels. The amount of renewable energy produced does grow fast; but at yet, it is still small. It may nog grow fast enough in order to prevent serious climate disruption. Even more so, the world’s ‘pipeline’ of (fossil) carbon (in the form of concessions, production and stocks) already exceeds the global carbon budget (measured by a global temperature change of 1.5oC).

But if producers would make sure that any CO2 produced would be stored and captured, there would be no problem in using fossil fuels. That can be done directly (where the CO2 is being produced) or somewhere else in the energy system. In short, this carbon take back obligation will bring about a new market. Companies that store CO2 will then sell their services to companies that produce CO2. By creating a new market, we will make sure that less and less CO2 will be released into the atmosphere. 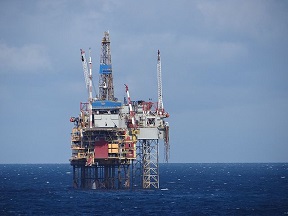 This mechanism is comparable to producer responsibility already in place for, for instance, packaging, car tyres and white goods. Their producers have to make sure that the waste resulting from the end of the life cycle will be processed with the most environmentally benign technology available. We can extend that line of thinking to carbon compounds. The principle ‘polluter pays’ holds here too. In addition to that, in a carbon take back obligation, those responsible for selling these compounds on the market will have to make sure that no pollution will result: the producer will have to prevent or clean up any CO2 released into the atmosphere. Of course, such an obligation will result in higher prices for fossil fuels. For the buyers will also have to pay for capture and storage. This will amount to an extra encouragement for fossil fuel use reduction. ‘An extra strong incentive for the energy transition, that will make sure that CO2 pollution will eventually be reduced to zero.’

The authors look upon their proposal as an addition to existing instruments. They show that such an obligation can co-exist with a market for CO2 emission rights. And they also look upon their proposal as a kind of insurance. If the energy transition somehow would proceed slowly, demand for fossil fuels will be reduced slowly; but then, this obligation will make sure that the fossil contribution to energy use will on balance be low in carbon, and eventually carbon-free.

‘This is a necessary additional instrument to existing regulations,’ says Margriet Kuijper, the study’s project leader. ‘However quickly the energy transition will move forward, the coming 20 to 30 years will still see an appreciable amount of fossil fuel use. A carbon take back obligation will make sure that the net CO2 emissions of this unavoidable fossil fuel use will be timely reduced to zero.’

The authors elaborate the system of the carbon take back obligation for the Netherlands and for natural gas. But it is essential to the proposal that it is international and intended to encompass all fossil fuels. Therefore, this system is further being elaborated in other countries.