By the end of 1941, Heatley starts working at Merck. He quite regularly exchanges letters with Florey. And Florey receives an enormous box from the United States. He is sure that it will contain the long-awaited kilo of penicillin. But the amount appears to be just 5 grams. That will be all from the US. Florey will have to take care of production of his own. With the amount received, they can treat 15 deadly ill patients and 172 external infections, in the whole year 1942. His wife Ethel Florey devotes all her attention to it.

Heatley stretches his work to the limit

The involvement of the US in the war changes a lot. More or less tacitly, the Americans agree among each other, not to help Florey anymore and allocate all production to the American army. By agreements on antitrust regulation, government paves the way for cooperation between the companies. In February, Merck and Squibb are the first to join forces, in September they are joined by Pfizer. At first, Pfizer hesitated, as they feared that the penicillin mould would infect their profitable citric acid fermentation. In March and April 1942, history seems to repeat itself in the US. When a first deadly ill patient is treated in Yale hospital, a penicillin shortage is imminent. At Merck, Heatley needs to stretch his work to the limit in order to supply enough medicine. In the end, the patient survives.

When Heatley moved from the NRRL in Peoria to Merck, he and his colleague Moyer agreed that they would prepare a common publication. They had discovered many improvements on the fermentation process. But Moyer just doesn’t come up with draft articles. Mid-1942 it becomes apparent why: an article is published with Moyer as the sole author; even without a reference to Heatley. And patents appear in the name of Moyer. Big bucks begin to beckon, in Great Britain of all places. Because he is employed by government, Moyer cannot file for a patent in the US. 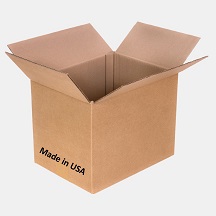 The NRRL researchers are by no means satisfied with the productivity of the British mould; still Fleming’s original strain. They look everywhere, also abroad, for better moulds. They work on it 24/7. The American army fully cooperates and takes care of transports. Everyone now acknowledges the extreme importance of penicillin. They find something useful just around the corner: on the local vegetable market, where a rotting melon appears to contain a mould even 3000 more productive. The origin of almost every penicillin produced in later years. The first mutations of the mould, with UV light and strong X-rays, produce mutations of the mould with an even higher productivity.

In the middle of 1942, Heatley returns to Oxford after an uncomfortable boat trip. As a present from Merck’s he takes with him half a gram of penicillin. Conditions in England are even more grim than before his departure. Everything is rationed and it takes weeks to organize even the simplest things. And to make matters worse, Fleming and Florey collide head-on. One of Fleming’s best friends is taken ill, apparently he has contracted meningitis. His condition is very bad. Fleming administers him a dose of penicillin, the only one that has been left to him, and sees improvement. He asks Florey for more, and the latter sends him his entire inventory of that moment. The patient is administered 48 injections in five days, but doesn’t really recover.

Fleming supposes that he should inject the medicine into the spine. But he is not licensed to do so and moreover, he has no experience in that procedure. He asks Florey how to do this safely. Florey warns him for the risks and promises to try this procedure on a rabbit. But Fleming doesn’t wait for this, the patient is too ill. He administers the spinal injection and sees an improvement in the patient. Shortly thereafter, Florey sends the message that the rabbit died almost immediately. Still, Fleming goes on and administers another four spinal injections, and the patient recovers. Judging by today’s knowledge, Fleming has had an awful amount of luck. This way of administering a medicine is ‘not done’. The two never got on speaking terms again.