Ten years ago, last month, a tsunami struck the West coast of Japan. It flooded the Fukushima nuclear reactor. This resulted in a partial meltdown and a hydrogen explosion, that released a lot of radioactivity. The media devoted many articles to this anniversary. The Conversation raised the question: in hindsight, were events really as bad as they seemed to be? Did authorities really have to evacuate many people? Didn’t these suffer more from this evacuation than they would have done, had they lived on around the power plant? Would a better nuclear energy risk analysis have been instrumental in making better decisions? Questions that gain importance as nuclear energy is in the picture once again, as a means to reduce climate change. 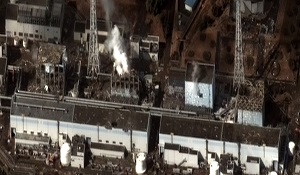 Behind the down-to-earth text of the article in The Conversation, we feel a quiet astonishment. About 16,000 people were killed by the tsunami; radioactive substances released from the reactor didn’t kill anyone. More than 100,000 people were forced to leave the district, and another 45,000 in the surrounding area left voluntarily. About 2,000 elderly people died from stress. And people suffered much because they lost their familiar environment. Isn’t there a serious misbalance between the effects of staying and leaving? Moreover, the authors note, the policy decision to close down nuclear power stations was a serious blow to Japan’s efforts to reduce greenhouse gas emissions. Japan had formed a strong nuclear industry; not much is left of it. And the electricity production of the nuclear power plants that were closed down has been taken over by power plants that emit CO2 – was that responsible, environmentally speaking?

In the past few years, the authors have tried to develop a system of decision making based on nuclear energy risk analysis. They used disciplines like statistics, meteorology, reactor physics, radiation science and economics. They arrived at the surprising conclusion that rationally speaking, no one would have had to move. In the village most affected by the radiation, average life expectancy would have been reduced by 3 months – less than the effect of living in London (with its heavy burden of air pollution). The researchers also investigated the effects of the Chernobyl nuclear accident, 25 years earlier, and much worse than that in Fukushima. They found comparable results. Authorities evacuated five to ten times as many people as actually required. The survivors suffer heavily from alcoholism, substance abuse, depression and suicide. Shouldn’t we therefore take decisions following major accidents much more rationally? 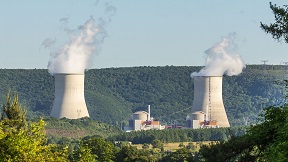 But however understandable the authors’ astonishment, and however laudable their project – irrationality will always be predominant after nuclear accidents. That is because these play into a toxic cocktail of imperceptible threats and human shortcomings. The threats are imperceptible: we cannot feel, smell, see or hear radioactive radiation. We can only prove its existence through specialized equipment. And even then, one needs to know a lot about radiation in order to arrive at correct conclusions. The population at large cannot judge by itself, it needs to consult the experts. But these find themselves in a bubble of their own. They know that panic (with all its consequences) may result, if they judge the situation to be ‘unsafe’. And unfortunately, there are just two options here: safe or unsafe. Precisely because people cannot observe the dangers by themselves.

In dealing with radioactive radiation, trust in the authorities is of the essence. If that is lost, anything will go. In fact, the only option then is panic, ‘because we cannot trust anyone anymore’. But within the authorities themselves, there is the same disparity: there are the ‘real experts’ (a small minority) and the decision makers. If push comes to shove, the latter are in much the same position as the population at large. They cannot judge independently, they have to rely on the experts. In case of an accident, the latter will have to radiate that the situation is 100% safe for the population – for otherwise, panic will creep into the decision makers too. And these are in a different position from the experts: they will have to account for their actions politically. What if they didn’t protect the population, when they needed to do so? In the history of ‘Fukushima’, we observe that when it really mattered, Japanese authorities behaved as if they were a member of the public: because they lost faith in the experts of power company Tepco. And then ordered the evacuation of far too many people, with all its consequences.

Nuclear energy risk analysis amounts to a scientific approach of reality. The old formula for risk is: risk = probability x effect. Then, major incidents with a small probability represent the same risk as small incidents with a large probability. Often, this will work fine. But then, public perception is essential to risk assessment. If the judgment is binary (leaving just two options: safe or life threatening), risk analysis will not be valid anymore. Then the formula is also inadequate if the effect is squared, as has been proposed. Then, the only remedy is to discontinue the dangerous activity.

If we continue to produce electricity through nuclear power, unexpected events may lead to panic again. With dramatic consequences for the sector as a whole. After ‘Chernobyl’, nuclear power gradually regained public trust, early this century. ‘Fukushima’ abruptly made an end to that. Nuclear power might well build up public trust once again. But then, it might lose it once more. Therefore, nuclear power in its present form is built on quicksand. At any moment, the public might lose its trust in the entire sector. Even if our risk analysis would show that nuclear power meets all our safety requirements.

But there is one opportunity of nuclear power without this instability: an inherently safe reactor. A reactor that will contain all possible radioactive emissions by its very design. Not though auxiliary equipment like pumps and safety circuits, but through the very laws of physics that also determine the energy production. It is feasible. The thorium reactor, in development in India and China among others, could fulfil this promise. But from a commercial point of view, it is still decades away. And then, it might come too late. Unfortunately, inherently safe reactors weren’t commercially attractive so far. The sector may pay the price for that now. However understandable the analysis by the authors of the article in The Conversation.

Interesting? Then also read:
Technology, no longer a threat
GMO debate, nuclear power, and the concept of absolute evil
From energy transition to precision economy