Animal tests are a controversial issue. On the one hand, many people object to actions that deliberately damage animal welfare. On the other hand, we need these tests in order to establish the safety of medicines and new materials; people demand such safety. But new scientific discoveries might turn the tide. In the Netherlands, the Royal Academy of Sciences (KNAW) and Rathenau Institute (that discusses societal aspects of science), questioned whether these new discoveries will help to reduce animal tests – or maybe even make them unnecessary altogether. Conclusion: they will be here to stay, for some time at least. 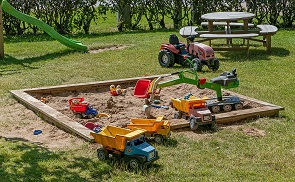 We need to know whether plastic toys are safe for children. Photo: Wikimedia Commons.

We cannot deny it: for a long time already, animal tests fulfil a demand for safety. We want to be sure that our medicines will not do us much harm; and that toys will not poison small children if they stick them into their mouths. There are procedures that will establish that. Often, animal tests play some role in them. International bodies like the European Medicines Agency EMA, and de European Food Safety Authority EFSA, oversee such procedures. Often companies can only start marketing their products after having passed their tests. This approval is essential, because companies are legally responsible for any health damage caused by their products. But if people feel threatened in their health (like now with Covid-19), they tend to value safety above all; and hence put less emphasis on problems they might have with animal tests.

Animal tests are a link in a complex set of international rules. Changing such an internationally devised complex is rather difficult. Until quite recently, official bodies didn’t have an eye on the importance of working without animal testing, so it was difficult to get funding for research into this subject. Moreover, professional magazines often ask for proof on the basis of animal tests. Therefore, subsidy schemes and academic habits stand in the way of a development towards a society free of animal testing, Rathenau Institute says. But this might be going to change. New scientific techniques might partly substitute tests on animals. Dutch KNAW reported on the question to what extent these techniques might do this, in particular in neuroscientific research. 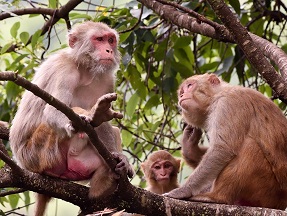 KNAW mentions:
1. iPSC technology, organoids and organs-on-chips: techniques based on tissues derived from human stem cells;
2. Non-invasive research in humans; methods that cause no or only short-lasting harm to human subjects;
3. Reuse of (big) data and tissues: making more findable sets of (raw) data and tissues collected in previous and future research;
4. Digital modelling: use of algorithms and artificial intelligence to model the central nervous system;
5. Invasive research in humans: techniques for collecting fundamental research data during treatments, including deep brain stimulation.
These methods are judged by KNAW to have ‘some potential’; but they cannot fully substitute animal tests. On the positive side KNAW sees that ‘we now collect much more knowledge from any animal test than we used to do, and that more and more research is done on mice, rats and fish and less on larger mammals.’ But the Academy also sees ‘developments that will augment the need for animal tests in the short term.’ And Rathenau Institute too has a sobering message. According to the institute, ‘it will take at least 5 to 10 years before these techniques can be actually applied.’

Rathenau Institute goes a step further and tries to develop a strategy. They start by saying that we should not put all our eggs in the basket op future techniques. We should already use the opportunities available to us right now to reduce tests on animals. In their 2017 report Van Aap naar Beter (on monkey testing, but sorry, no English translation available) they delve more deeply into this matter. Firstly, the institute tells us, we should ask ourselves if we could organize research differently now, with less animals being tested. Secondly, we should realize that new initiatives will have to be validated, which could lead to more animal tests, contrary to our intentions. And finally, we might critically review guidelines, in order to find procedures using less tests.

Towards another research paradigm

But above all, says Rathenau Institute, we should critically review the ‘paradigm’ that leads us to animal tests. The institute intends to promote 3 B’s in doing so: better science, better regulation and better answers to societal questions. We should start thinking again about the question if animal tests will provide us with the answers we were looking for. What after all is the question? Does the animal model provide us with the answer? Interestingly enough, companies (Unilever, Roche, L’Oréal) and research institutes cooperate in the EU-ToxRisk program that treats questions like these. Secondly, Rathenau says, we should critically review safety requirements. Could we comply with them doing less testing, without endangering consumer safety?

Animal tests are a controversial issue, Rathenau Institute concludes. Political impatience is mounting. In spite of permanent promises, progress is slow. Ethical criteria become more important all the time. We need new techniques, because in the end these will allow us to proceed without having to do such tests. But we need to do more: change our line of thinking. The leading question always is: what do we need to know about health, and how can we obtain such knowledge without having to revert to animal testing? Along that pathway, we need to reconsider all elements of the matter at hand: phrasing the question, safety requirements, research methodology, the question whether animal tests will provide us with reliable answers. Reach out for all opportunities to reduce the number of tests. Unfortunately, for the time being, without the prospect of a ban on all such tests.

Interesting? Then also read:
Cloning monkeys: slippery slope or dead end?
Séralini disproven – what will the EU do now?
Antibiotics resistance, and how to overcome it