The Dutch Wadden islands aimed to attain energy autarky in 2020. They fail to reach that target. For in order to do this, energy production and consumption don’t just need to match over a year; they also need to match continually, whereas both production and consumption vary considerably over time. That is difficult to achieve. But at the Wadden islands they don’t despair. The goal remains the same. They aim to reach that as soon as possible. 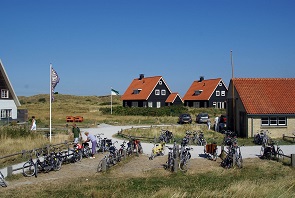 Islands are interesting testing grounds for the new energy supply system. Even in moderate climates, solar and wind power will in principle supply enough energy to attain energy autarky. With possible contributions of biogas, geothermal energy and water power (on volcanic islands). The interesting thing about islands is that one can appeal to the togetherness that comes with geographic isolation. And in the energy transition, islands can show energy concepts functioning in actual practice. If islands can attain energy autarky, other regions could do the same (apart from heavy industry, shipping and aviation). And that would mean less need for a large scale infrastructure like international high voltage lines.

The Dutch site duurzaambedrijfsleven.nl devoted a number of articles to this issue (links in Dutch). One decision is surprising. The island of Vlieland will construct a ‘resistance bank’ that can ‘destroy’ a possible excess of green energy. ‘A temporary solution,’ says Oeds Kuipers of grid utility Liander. In the most sunny months of the year, Vlieland produces more solar energy than it consumes. This excess could be delivered to the mainland, but that would require laying a new cable through the protected Wadden Sea. In order to prevent emergencies, Liander now creates the possibility to ‘flare’ the excess energy. The resistance bank will stay in function until there is a permanent solution for storing all energy on the island. Hopefully within a couple of years. 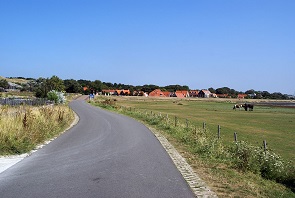 The transition is slower than expected

In 2007, the Wadden islands formulated the ambition to attain water and energy autarky by 2020. They fail to do so. Vlieland would like to construct wind turbines on the island, but fails to receive a permit from the province. Liander now aims to help them; this will prevent them from having to lay a new cable. The easiest solution would be to turn off energy producing equipment if they produce an excess, but that would be counterproductive. Other measures could include battery storage or hydrogen production through electrolysis, that could later produce electricity again in a fuel cell. Liander would like to explore more opportunities, but feels constrained by laws and regulations in handling energy in a flexible way.

This situation calls for innovation, and indeed there are companies that develop new solutions. Duurzaam Bedrijfsleven interviewed the company Faraday Keys that is active in this market. Flexibility is key. Energy producing companies could equip their wind production site with a large battery in which to store any excess of energy that they can then sell later. Companies could adjust their energy consumption to the actual grid situation. Electric cars could be equipped with software, enabling them to charge only at times of much supply and low demand (with the electricity price being low).

This could result in a completely new energy system, stuffed with sensors and intelligent software. That needs to be built quickly, as sustainable (i.e. variable) energy also grows fast. This would prevent grid utilities to complain that ‘the grid cannot cope with the new supply’.

Interesting? Then also read:
Smart grids: the power of the small scale
Scale issues in the energy transition
Energy storage, its role in the transition