You are here: Home / 2020 / May / New superpowers in the pharmaceutical industry?

The major pharmaceutical industry (big pharma) is going through a difficult time. Industry needs to come on track again. Can the new superpowers India and China lead the way?

This is the second of four articles on the pharmaceutical industry. 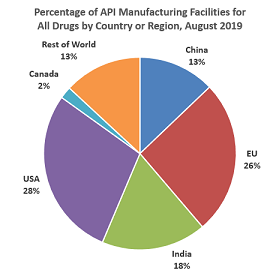 Production of medicines per country.

Nowadays, India and China are the major producers of medicines. This is only  in part because of low wages. In my work at DSM I followed this process from nearby. It concerned the well-known beta lactam antibiotics; still the dominant anti-infective agents. The example is exemplary for the development of pharmaceutical industry in India and China.

By the end of the past century, India and later China became major medicines consuming countries. Which makes sense, in view of their large populations, better medical care and insurance opportunities. At Western prices, imports of finished medicines proved to be much too expensive. Local medicines production took off from about 1970. At first by the acquisition of the active ingredient on the world market and producing pills and powders locally. Soon followed by chemically producing the active ingredients as well. DSM’s market in India and South-East Asia grew very fast, and we would have liked very much to continue servicing it from the Netherlands. So emerging attempts to produce feedstocks and intermediary products locally were not in our interest.

DSM’s dilemma then was that relocation of our factories to India would considerably reduce our margins. And we would have to share any profit made with an Indian partner, which we were required to take. We decided to follow a strategy of discouragement. But in course of time, others started to produce our product anyway and we were faced with the prospect of losing the entire market. We eventually concluded an agreement with an Indian partner, but too late, and ended up having to pay several millions in order to come back into business again. Not so much in order to earn money in India – that was very difficult because of cut-throat competition. But in order to protect our other markets. In the end, India and China became world market leaders anyway. Our position fell back from world market leader, via local partnerships to technology transfers and licensing , to zero because we sold our business. Indian entrepreneurship is the primary reason for our dependence on medicines from those countries. 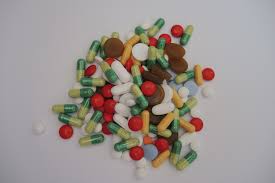 Every month, a soap bar

At first sight, the story about China is completely different. Until about 1980 the country was closed to Western trade. But when the country opened up, it appeared to produce all kinds of medicines. In retrospect, understandable for a country with such a large population. In the framework of opening up economically, Chinese companies could export a small proportion of their production; they could spend part of their earnings in dollars on imports of their choice. As costs had already been covered by sales on the local market, international prices were very competitive from day one onwards. From their part, Western companies were very eager to do business with China. Imagine that we could sell each Chinese a soap bar every month, they thought at Unilever, with big dollar signs in their eyes. But Chinese industrial policy was quite clear: you are allowed to import, but just for a limited time and at high import rates. And in the course of time, you should transfer your knowledge and your production to China, working together with a Chinese partner. That’s what DSM did; the erstwhile partners now are the global players.

China and India as the developers of new medicines?

Both the Chinese and the Indian producers on the international medicines market are FDA approved and their products are high-quality. Both India and China have developed a strong pharmaceutical industry, rooted in the strength of the country itself. The Indian spirit of enterprise and the Chinese directed economic policy had more or less the same result. In both cases backed up by major local markets! India and China combined have about as many factories for the production of medicines a either the US or the EU.

Could India and China then take over the role of developer of new medicines? Or of developer of new health care concepts? Quite possibly, one would be tended to judge, surely if we also take into account the age-old culture and the traditional local medicines. But the answer can be short: nothing of the like is in sight. Perhaps Japan could serve as an example. This country has a comparable background. Its pharmaceutical industry has done well, but basically they have just smartly copied EU and USA; the country has witnessed the development of some new medicines, but on a restricted scale. All in line with the Western model.

Interesting? Then also read:
Traditional Chinese medicine as a source of innovation
Modern biotechnology: does it develop too fast?
DSM was the first to discover biocatalytic ‘Green Pathways’

Tags: Innovation, Long range forecast
By: Alle Bruggink
on: 15 May 2020