As plastic waste can now be found in the remotest areas of the Earth, plastic recycling becomes urgent. We know that biodegradable plastics are a niche solution, so we need to organize and implement recycling of non-degradable plastics fast now. A recent Lux Research report shows that four technologies will remain dominant in the near

The decline of insects has been well established now. It concerns both their abundance and their diversity, and spans all continents. If they decline even more, we will run into unknown risks, because we depend on them in many ways, partly unknown. We know enough to act now. Let’s build environments in which our little 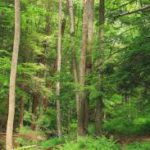 A publication in Science last year triggered a debate: can we stop climate change by planting billions of trees? These trees would capture CO2 and in so doing, save the earth from overheating. Indeed: trees planted in sufficient numbers could stop global heating. But wouldn’t such a scheme of reforestation end up in a technical