You are here: Home / 2020 / February / Could reforestation stop climate change?

A publication in Science last year triggered a debate: can we stop climate change by planting billions of trees? These trees would capture CO2 and in so doing, save the earth from overheating. Indeed: trees planted in sufficient numbers could stop global heating. But wouldn’t such a scheme of reforestation end up in a technical fix, doing more bad than good? 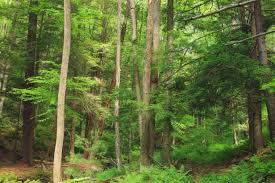 It’s fine talking about reforestation as a means to stop climate change, but at present developments point the other way: deforestation; clearing woodland in order to make room for agriculture. People need to be fed. And tropical forests are cleared for commercial purposes too: in order to grow oil palms or soy on them; products that are exported, generally. At present, forestry’s carbon balance is negative: mankind emits 1.5 Gt CO2 yearly through cutting or burning trees. Not as much as CO2 emissions by burning fossil fuels (9.5 Gt), but still a sizeable amount. In 2016 the loss of forest cover amounted to 30 million hectares – a record. Shouldn’t we reduce these losses first, before considering reforestation on a major scale in order to capture CO2?

Nevertheless, reforestation might still be a good idea. Both the European Commission and the American government have embraced it. But even good ideas have their limits. Tom Crowther of ETH Zürich, who led the research published in Science, warns that it remains vital to reverse the current trends of rising greenhouse gas emissions from fossil fuel burning and forest destruction, and bring them down to zero. And that it may take 50-100 years for the proposed reforestation to have its intended climate effect. 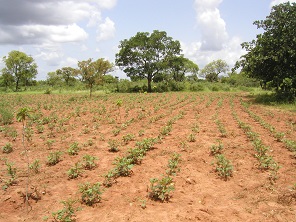 Reforestation in an industrial way, in Burkina Faso. Photo: Wikipedia.

Look at biodiversity as well

The Science article became one of the most criticized articles published in recent years. The Independent cited the late ecologist Oliver Rackham: ‘Tree planting is not synonymous with conservation; it is an admission that conservation has failed.’ Like if we would replace an ancient library with ‘bad paperback novels and pamphlets containing meaningless jumbles of letters.’ In a word, the dimension overlooked in the reforestation scheme is biodiversity; the quality that only comes with a rich nature. In fact, mankind plants quite a lot of trees. But now, as in the past decades, most replanting schemes consist of one single tree species: most planted woods just serve production purposes.

And then, the benefits of reforestation will largely evaporate if it is being done in an industrial way. If we plant many hedgerows and singular trees in meadows, we might well serve both the goal of capturing CO2 and that of biodiversity. The same holds true for thinning existing monocultural woods, allowing light to enter, and letting nature follow its course. Also, as The Conversation argued, more trees on meadows is good for business. ‘They prevent soil erosion, provide shade and shelter for livestock, a useful source of renewable fuel and year-round forage for pollinating insects.’ But if society formulates ‘planting trees’ as a goal, it will likely look for the cheapest supplier. And the probable outcome will be thousands of hectares of monocultures, i.e. industrially planted trees in neat rows. Like in much of the ‘compensatory afforestation’ schemes, intended to compensate fort CO2 emitting activities. They are described by The Independent as ‘an irresponsible and flawed attempt to greenwash destructive projects and profit off of so-called ‘restoration’.’ Projects often ‘plagued by complaints of fraud and colonialism’. In the Sahel on the other hand, they learned their lesson. Ten years ago, they started a project to produce a ‘green wall’ south of the Sahara, in order to prevent further desertification; now they have learned that this is best done in a more natural way.

The Gordian knot: massive reforestation on a small scale

So after all, reforestation is a good idea, if a number of conditions is met. Like reducing CO2 emissions in the first place. And bringing deforestation to a halt. Finally, we need to execute this task in a way that not just serves wood production and CO2 capture, but also biodiversity and people’s livelihood. Also have an eye on the water level in rivers, a number of Cambridge authors write. Trees absorb water from the ground and that bcan have an effect on runoff. In sum, we need to do such projects at a rather small scale. Not an easy task!