You are here: Home / 2020 / February / Insects: now it’s the time to cherish our little friends

The decline of insects has been well established now. It concerns both their abundance and their diversity, and spans all continents. If they decline even more, we will run into unknown risks, because we depend on them in many ways, partly unknown. We know enough to act now. Let’s build environments in which our little friends can thrive. 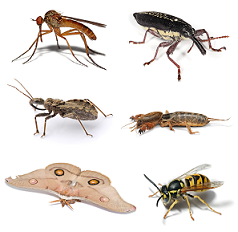 Insects are of extreme importance to us. Image: Wikimedia Commons.

Insects are of extreme importance to us

The contribution of insects to the economy, as far as it can be calculated, is staggering. Just four of the many insect services — dung burial, pest control, pollination, and wildlife nutrition — have an estimated annual value in the United States alone of at least $ 57 billion. That may be a strong incentive for authorities to act on insect conservation. But the ultimate reason is that insects play a key role in the functioning of ecosystems. The very basis of our human existence.

Three scientists argue that we know enough to act now. We don’t have to know exactly why insects are in decline and then target these specific causes, they say. In fact, ‘acting with imperfect knowledge is something that we all do all of the time, in our personal and professional lives.’ The idea that we should solve our problems as basic science is still researching their causes, is not controversial. In modern medicine, for example, there are many pathologies for which the mechanism is poorly resolved, and yet we know that certain medicines work. So we apply them. The authors suggest the same approach with regards to insect decline: work on improvement of the drivers of decline, and perform basic research at the same time. 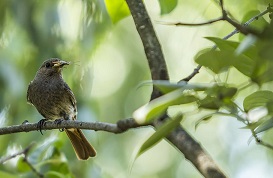 What can we do?

Just yesterday, the Dutch branch of the World Wildlife Fund published a discomforting report on the state of Dutch nature. The decline of insects plays an important role in the decline of natural quality and beauty overall. Meadows nowadays are monotonous surfaces of English ryegrass; whereas they used to be the home of many flowers that attracted as many insects and butterflies. Heathland suffers badly from ammonia emissions from livestock production. And where insects are in decline, their predators are as well. Among them many bird species and small reptiles. Quite in line with the declining biodiversity worldwide, as summed up in this recent article.

So if we should act now, what can we do? ‘Governments at all levels across the globe,’ so the authors of the article cited write, ‘need to promote policies that preserve and restore habitat, protect the most vulnerable insect species, reduce pesticide risk to nontarget insects, and address climate change in a meaningful way.’ But of course, it’s not just public authorities that need to act. Farmers should move to integrated pest management, reducing the amount of pesticides sprayed and relying more on natural defences against vermin. In natural areas and parks, management should be done with an eye on insect diversity. And not to forget: even small patches of land, like private gardens, urban parks and parking strips can be managed in such a way that they promote insects. There was an interesting comment of the municipal ecologist in my home town Amsterdam on the WWF report. ‘In Amsterdam, nature thrives,’ he said to local newspaper Het Parool. ‘We don’t use pesticides or fertilizer. Amsterdam is the place to meet nature.’

Interesting? Then also read:
Insects are in decline, around the world. How worried should we be?
Pesticide resistance, a growing problem
No neonics? And then what?