Vredestein showed a prototype of its Fortezza Flower Power at the Eurobike exhibition in Friedrichshafen in August. This innovative road tyre is made of dandelion rubber. The prototype is the result of a EU joint initiative in which KeyGene, Vredestein and Wageningen University & Research (WUR) take part, called DRIVE4EU. 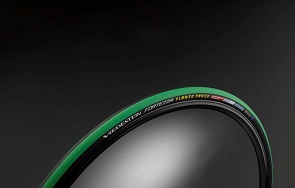 Dandelion rubber as a solution to a global problem

There are several reasons for attempts to produce natural rubber from other sources than the tropical Hevea Brasiliensis. There is, of course, an incentive to produce latex, the feedstock, not just in tropical countries but also in countries with moderate climates, in order to reduce dependency on foreign countries. But also, there is fear of Hevea growing to be unsustainable. Hevea is vulnerable to many diseases and pests, and growers often use toxic arsenic in order to control insects, bacteria and moulds. There is a well-founded fear that suddenly many trees may be affected by mildew, particularly in Asia, where most natural rubber is produced. This has led to a coordinated international search for new latex resources, preferably grown in moderate climates. There are hundreds of species that produce latex in some quantity. Finally, the Russian dandelion (Taraxacum koksaghyz) has been selected. But its productivity still needs to be multiplied many times; and here WUR and KeyGene have come in.

Naturally produced rubber has always withstood competition of synthetic rubbers, industry has never succeeded to produce the same quality as nature. Therefore, high-end products like surgical gloves are still produced from natural rubber. Car tyres always contain a certain percentage of natural rubber. So commercial prospects are bright for companies that might successfully develop dandelion rubber. So far, research has concentrated on two issues. The first goal is to increase latex production and to breed bigger plants, for instance by cross-breeding with the common dandelion, that is bigger but does not produce high-quality latex. Of course, genetic modification plays an important part here. The second goal is to prevent the Russian dandelion to flower in the first year, as this goes to the expense of growth and latex production. Here too, the trick is to find the genes that control this process and suppress them. As a secondary goal, inulin production might be targeted. Inulin is a non-digestible polysaccharide, a polymer of fructose, used as an energy storage by many plants. Its most common source is chicory. Its industrial relevance is that it is readily hydrolysed into fructose; and fructose is an excellent feedstock for the production of FDCA, one of the two components of PEF, the plastic that has good prospects to substitute the well-known PET. Roots of the Russian dandelion can contain up to 40% inulin. 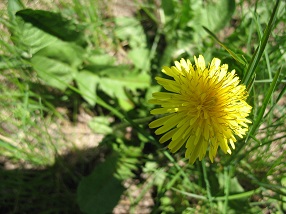 As said before, KeyGene, WUR and Vredestein have succeeded in producing a prototype dandelion rubber tyre, made with rubber extracted from plants grown and harvested in the Netherlands. It is the result of many previous attempts. ‘Each improvement in the process of rubber extraction,’ so they tell us, ‘has also led to a direct enhancement of the quality of the rubber. As a result, the special compound now used as a test on the Fortezza Flower Power prototype, provides better grip than traditional compounds. This is directly related to the higher concentration of natural resin in this particular variant of natural rubber. Studies are currently exploring whether this tyre can be mass produced in the future.’

It may take a while before tyres made from dandelion rubber come to the market. Success in this field is the main aim of the European DRIVE4EU research project, coordinated by Wageningen University & Research.