When in the seventies the discussion on the environmental problem erupted, Wiero Beek, then research director at Unilever, was one of the first industrialists who took the problem seriously. He devoted all his intellectual capacities to that task. Admirably so: in that polarised era, that was quite exceptional. In addition to that, he contributed to the development of very diverse scientific disciplines like physical chemistry, environmental sciences, physics of ball games, research management, food processing technology, and technology assessment. Last week he passed away, 83 years old, remembered by just a few. 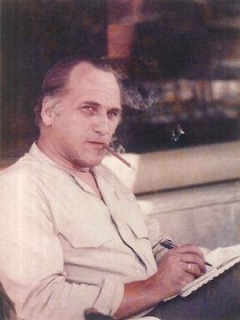 Wiero Beek was a brilliant man. He was appointed professor of physical chemistry at Delft Technical University at the age of 31. He was a very literate beta, always willing to show off his erudition. But the most characteristic in his behaviour was the alternation of seriousness and playfulness. He was a wise man and a naughty boy, a stubborn man and a democrat, a revolutionary and a mediator, an idealist and a realist. A creative man, who looked for the challenge in each situation. A man with several strategies at his disposal. He could be very opinionated in discussions, at times treating with a certain disdain opponents who were unwilling to treat a problem otherwise than from a principal point of view; and he could be very democratic, allowing every side of the problem to be highlighted, honouring his opponents in doing so. At times we saw the first Wiero, and at times we saw the second one; with him, seriousness and playfulness were never far apart. His essays were entitled ‘Treatise and irony’. ‘Treatise’, an essay, in particular in the field of social or moral questions. And irony, derived from the Greek eironeia, pretended ignorance. At times, Wiero pretended not to know – whereas in fact, he knew it all. Irony as seriousness veiled as playfulness, or the other way round, playfulness veiled as seriousness.

Success and conflict in the life of Wiero Beek

It is ironic that in the end, this mixture of commitment and keeping at a distance did not promote very much his career. Our society tends to look upon people like him as ‘troublesome’. At the age of 38 he moved from the university to Unilever, where he became the research director at their Vlaardingen facility. After three years he moved on to a management position, then seven years later back to research. As a manager he did not leave much of an impression. But he increasingly devoted himself to social and political activities at the intersection of science and society. As a member of the board of the engineering and chemical societies he organised breakthrough conferences on the environmental problem. Later he became the chairman of many Beek commissions, with subjects ranging from the costs of closing down the existing nuclear power stations to new strategic plans for organisations like TU Delft and the national organisation for technology assessment (Rathenau).

At the age of 55, Wiero Beek returned to the university after a conflict with his employer Unilever. This tried to discharge him on a disability judgement, that would have secured him an allowance. Then, Wiero appeared to be not just a playful man but also a man of principle. In his opinion, this would amount to abuse of public money and he sued his employer. He won this widely publicised court case, but then became a very controversial man in his company. His health had deteriorated somewhat, but he still had the energy to dig into an entirely new scientific subject, the physics of movement, and in this subject too, he was appointed professor. With his broad interest, he continued to play a role in many organisations like the Technology Museum and the Science and Business Foundation (SMO).

Wiero Beek has never been recognised to the full extent of his merits. For instance, he was never awarded an official (royal) decoration. Apparently, his conduct was felt to be too problematic. He had been in conflict with his employer, and – according to his own story – with the (Dutch) queen, in a private royal commission. ‘Impossible talking to that woman,’ he had said to his wife. In 2004, his friends honored him in a surprise meeting that awarded him their personal (imaginary) decoration. Wiero Beek was treated in the way of all controversial people: we need them, but in the end they do not get awarded for what they have contributed. But we stand on his shoulders, we as a society and also we as the website biobasedpress.eu: on the intersection of science and society.