At the conference where the report ‘Opportunities for the fermentation-based chemical industry’ was published, we also talked to Marcel Wubbolts, DSM’s CTO and president of BIC (the Biobased Industry Consortium). How long could the biobased transition for the chemical industry take, in his opinion? 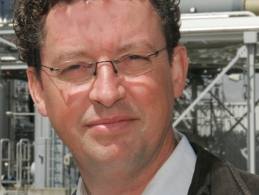 According to Marcel, partnerships of companies and governments are essential. If they work well, the biobased transition could well take less time than the 60 years it took industry to produce chemicals from crude oil. ‘Biobased succinic acid is competitive already,’ he remarked. Two days later, at the European EFIB conference, a result of such a partnership showed. The partnership Reverdia (DSM and Roquette Frères) announced that it will license its Biosuccinium process. So Reverdia will allow others, using its process, to produce biobased succinic acid – a feedstock for biobased plastics, resins (paints and coatings) and polyurethanes. This step, according to Reverdia in its press release, is essential to unlock the bio-based market.

According to Marcel Wubbolts, his company DSM will concentrate (aside from biobased succinic acid) on second generation (cellulosic) ethanol. He estimates that Europe will need as many as 100 plants (preferably all of them using DSM-POET technology of course, just like their new plant in Iowa, USA). Among the benefits he figures that farmers might increase their incomes by as much as 40% by selling their side products like beet leaves to those factories; and that in rural areas, most of which now depopulate, employment could rise with as much as 80%. He estimates too, that 30% of fossil-based chemicals can be substituted by biobased (fermentative) chemicals, and 25% of fossil-based transport fuels.

It is an attractive perspective: a totally new biobased chemical industry in Europe, based on sugar and agricultural waste, that is going to substitute a large part of fossil-based products.