You are here: Home / 2014 / May / Claude Roy: tackle global problems by valorisation of biomass

Claude Roy is a man who paints wide views with inexhaustible energy. As the chairman of the French Club des Bio-économistes his message, voiced for many years is that we need biomass for tackling the world’s major problems. In its highest quality possible, i.e. with priority given to food, materials and chemicals. In France, his nickname is Monsieur Biomasse. 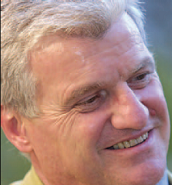 Claude Roy: the land will provide our wealth once more

Just imagine this century’s major challenges, he said to his audience last week at the Siñal conference in Châlons-en-Champagne. A mere 3% of the water on our planet is fresh water, and it is very unevenly distributed. In 2050, human beings will each have a mere 0.2 ha of agricultural land to their disposal, whereas in 1950 this figure was 0.5 ha. Fossil fuels will be depleted in course of time, but before we get there, climate change will radically change the world by draughts, diseases, mass migration and crop failures. There are only three roads out of this complex of problems, and biomass is part of all three of them: frugality, circular economy and carbon capture. ‘Productive, frugal and diverse agriculture and forestry, and the effective processing and application of their products, are the best bulwark against climate change, together with energy efficiency and technological and organisational innovations.’

‘The fossil-based economy will last another forty to fifty years at the most,’ says Claude Roy, member of the Advisory Board for Food Supply, Agriculture and Rural Areas, and a former interdepartmental coordinator for the valorisation of biomass (2005-2008). ‘We have entered a world in which inevitably, the land will provide our wealth once more. The bioeconomy contributed as much as 85% to the economy of our ancestors. Now that figure has fallen to a mere 5%, but it will increase to 25% in thirty years’ time. For the bioeconomy offers many opportunities. When suddenly in 1940, there was a shortage of fossil fuels in France, the bioeconomy immediately took over part of the economy. Cars that drive on ethanol from sugar beet? Or on wood gas? They appeared very quickly. That bioeconomy was a crisis economy; it will soon become part of the normal economy. But whereas the Americans think that mankind can solve all problems with technology, we Europeans know that a new frugality will have to be part of the range of solutions.’ 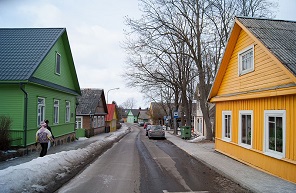 Wooden houses need much less energy for their construction than alternative materials like concrete.

Biomass potential is very large and broad in nature, according to Claude Roy. Wood, straw and fibres as construction and isolation materials, composites, paper, packaging, decoration, textiles…. Vegetal amino acids and sugars in polymers, coatings, glues, cosmetics…. Vegetal fats for surfactants, lubricants, solvents, inks and dyes, polymers…. At constant functionality, building a structure in concrete will consume 9 times as much energy as an equivalent structure in wood, in iron it will consume 17 times as much, and in aluminium 48 times as much energy. Moreover, wood captures about 1 ton of CO2 per m3, and at the end of its lifetime it can still be used for energy production. Biomass and all products that are derived from it, can substitute for almost all products from the fossil era. But in order to get there, agricultural production will have to rise sharply, and we will have to waste much less food….

‘We will move through three phases,’ says Claude Roy. ‘A first phase, encompassing ten years, is that of information. We are in the middle of that right now, this is what the Club des Bio-économistes was founded for. In the second phase of a decade, we will restructure taxation: we will charge what is scarce (like energy and the environment) and lift charges from what is in ample supply (like labour). Then we will enter the era of prohibitions. The state will force people to adopt a more frugal lifestyle. Less transport, less airplane travel, less production causing environmental damage. Frugality is part and parcel of the road that we will have to travel.’ Says Claude Roy.