You are here: Home / 2013 / April / Room for sustainable agriculture: a fine advice for yesterday

Generals always seem to be engaged in winning the last war; likewise, the recently installed Dutch Council for the Environment and Infrastructure (RLI), has issued a report on yesterday’s problems. The subject is the conflict between sustainability and agriculture. The Council uses all its wisdom to argue for a truth that lies in the middle, concluding that we will arrive at a solution with some give and take at both sides. In short, the past as a guideline. If the Council had developed a true vision, it had taken the future as its guideline: the opportunities arising from the productive tension between these two poles, sustainability and agriculture. 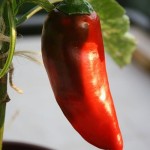 Elaborate but defensive
There is no recent report on Dutch agriculture that is more elaborate than this ‘Room for sustainable agriculture’. But as a whole, the report with its many citations breathes a lack of vision. ‘Farmer and citizen will have to find a modus vivendi, based on the mutual recognition of their respective importance’ (p.14 of the Dutch text). In the seventies, that would indeed have been the idea. But what a muddy starting point for analyzing today’s problems! Once one gets the feel, the report shows it defensive attitude again and again. The required ‘Extension and acceleration of continuing sustainable development’ (par.3.1, p.7 of the English text) is supposed to be ‘to manage fertile land, fresh water and nutrients more efficiently than before; to reduce emissions; to clear up existing pollution (phosphate saturation and heavy metals); to fight pests and livestock diseases more effectively with new methods…’ etc. etc. – in short, the repair of things gone wrong in the past. At no point does the report take the drive for sustainable agricultural innovation as its starting point, the force that can increase economic value while decreasing its footprint.

The force of innovation
In fact, agriculture consists of many very diverse sectors (some 21, ranging from vegetable horticulture to dairy farms, calf fattening, field cropping, on-land vegetable cropping etc.). But the report pays little attention to this diversity. Innovation has its own direction and flavour in each sector, differences abound. Sectors have better scores in both international competitiveness and sustainability as they are more knowledge intensive and more innovative. Generally, the Council disregards such niceties and in so doing, does not hold an eye for the strengths of each sector.

Of course, I looked into the way the Council treats the biobased economy. It is mentioned in the report, but less and less as the Council nears its conclusions. In the decisive pages, it is completely absent. The report does not mention the potential of biorefinery for soy imports reduction. Nor forward integration in field cropping. There is nothing on size reduction of the circle of minerals recycling in a circular economy. I did not come across business models for production of both food and industrial feedstock. Nor does the report mention the potential of producing high-value substances in horticulture.

In short: very learned, this report, but quite defensive. A missed opportunity.