You are here: Home / 2013 / January / My lifelong disappointment with academia 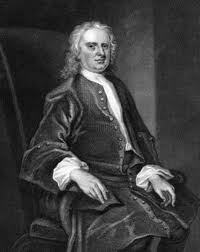 This column has nothing to do with the biobased society. It springs from my participation in an academic discussion. The subject: a philosophical inquiry into scientific explanations; forty years ago, I graduated on that subject. And this column originates from my disappointment with that debate on the philosophy of science. Carefulness and precision continue to dominate social relevance.

Does science explain at all?
Actually, what is a scientific explanation? An explanation is more than the successful application of a natural law. Gravity, for instance, is not explained at all by Newton’s Law. That merely asserts that in similar cases, similar phenomena happen. Newton ‘merely’ enlarges the category of ‘similar phenomena’; as a result of that insight the apple falling from the tree and the planet revolving around the sun obey the same natural law. But precisely why does the apple fall from the tree? And why does the sun attract the planet? Newton did not know that, and likewise, from a philosophic point of view, the later graviton and even the Higgs particle do not explain either, being just intermediary constructs (‘heuristics’), designed to draw ever wider circles of ‘similar cases’.

But in a sense, all this is just a play of words. Our gut feeling tells us that science does indeed explain. We are being ‘enlightened’, we get an ‘aha experience’ from the insight that falling apple and revolving planet are manifestations of the same natural law. In which case – so I stated forty years ago – we get the reference from our own (bodily, intuitive) experience of attraction by the earth. We ‘understand’ Newton’s Law because we know the scientific concept of ‘attraction’ by experience. Only by that reference does the Law explain. A contention which I still hold. 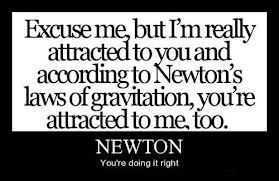 Newton’s laws in the social sciences

Pseudo explanations
Do social sciences also have this ability to explain phenomena? This question introduces a new difficulty. For in social science, we do not have a direct bodily and intuitive experience of concepts like ‘attraction’. Each concept, like ‘power’, and even more so ‘freedom’, carries with it a set of perceptions which differs from person to person, and even more so between countries and historic eras. Therefore, in my vision, social science – at least a social science which strives for relevance outside the walls of the psychological laboratory – cannot function properly without a critical reflection on its use of concepts. A reflection which cannot be empirical but will essentially be philosophical.

Forty years ago, social science hardly reflected in this way on its concepts, and that has not changed. Social sciences tend to move around in very small circles, formulating minimalistic problems, and experimenting in a controlled environment. In society, we do not need such a science. The somewhat more ambitious branches of social science sometimes come close to making tautological assertions. I read about an investigation which showed that people were more successful in realizing their plans as they were more powerful. But there is nothing new in that. Our dealings with powerful people teach us as much. We can press the point: upon investigation of the scientific concept of ‘power’, we will find elements in it implying ‘being able to realize one’s plans successfully’, i.e. by leverage on others. In such cases, the lack of critical reflection on the concepts used, leads to no more than pseudo explanations. 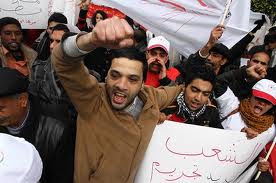 Arab spring
I would long for a social science as a tool for a better understanding of the world. Similar to the way in which natural sciences help us to understand nature. In what measure, so I might ask for instance, is the Arab spring caused by a longing for freedom, like we often learn from the Western press, or rather by rising bread prices? Could not science try to elucidate this matter? And why would ‘democracy’ in the Afghan context, not be very well represented by the traditional meeting of the elders, to which the introduction of an abstract Western model with political parties and voting booths, would not add very much? And is it true that low food prices are instrumental in keeping the world’s poorest hungry? Social sciences’ mainstream does not pose such questions, it rather engages itself in low-risk projects. And so does the mainstream of the philosophy of science, as I discovered at my academic discussion.

Old hippies
Back to the discussion in which I participated. The first lecture was on explanations in the natural sciences. Very well done. The speaker pictured a theory of explanations in the natural sciences, similar to the one that I outlined above. But he could not answer my question what his reflections would mean for social science. He had not gone into that aspect. The last speaker might be able to shed some light on the matter, as he would discuss social science. And he did, indeed. He went into a technical subject related to economic model construction. Gone critical reflection, gone social relevance.

I know, I am a child of the seventies. I expect science to shed light on our society’s major problems. By now, we live in the tens. But we do not despair. In the long run, science might care about the awkward questions that we, old hippies, pose.