You are here: Home / 2012 / December / Shale gas both slows down and accelerates the biobased economy 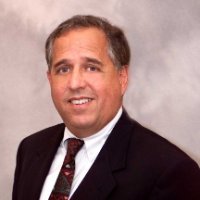 The very moment Kenneth Epstein, an American venture capitalist, proved by solid data that the biobased economy in the United States is waning, a Reuters message arrived in our e-mail, unfolding a much more optimistic view. In both stories shale gas is the main protagonist. And shale gas and the biobased economy are intertwined in unexpected ways.

This is the sixth article on the influence of shale gas on the biobased economy. Earlier articles appeared on 12 Juliy, 9 September, 17 September, 16 October and 30 November.

A bleak future
Kenneth Epstein was one of the speakers at the Dutch biobased economy network day in Breda. He demonstrated that gas prices in the US have fallen dramatically and that they are expected to stay low. The oil industry started investing again, now in shale gas technology. This will reduce demand for biobased chemicals. The investments in the biobased sector are declining, both in absolute terms and in their part in the cleantech sector. He envisaged a rather bleak future.

But as we spoke to Epstein later, he sketched a more nuanced picture. The main state to develop shale gas full-speed is Texas, the true oil state. They put next to nothing in the way of oil companies. China follows this Texan model. Pennsylvania on the other hand is very careful to avoid environmental damage, very little development is to be expected there in the next five years. In California resistance is growing, and they are careful because of earthquakes. In sum, the US do not as a whole pursue shale gas recovery at maximum speed. In Australia they follow the Pennsylvania approach. Scandinavian countries wholly reject shale gas for the time being. Poland’s stand is not quite clear yet, but Europe as a whole is cautious. It all amounts to saying that developments are not as unequivocal and swift as some might wish.

Or on the contrary, opportunities for biobased feedstock
Ludwig Burger from Reuters on the other hand, reports a mechanism through which ‘makers of chemicals and plastics from plant matter are emerging as unlikely beneficiaries of the abundance of U.S. shale gas.’ Oil companies, he excplains, invest in ethylene crackers: ethylene can be more cheaply produced from ethane in shale gas than from crude oil. But this causes naphtha crackers to lay idle. And naphtha crackers produce many molecules containing longer carbon chains than ethylene, among them aromatics.

The ethylene abundance in the market is clearly reflected in the price relations among hydrocarbons. In 2009, ethylene price was 70% higher than that of butadiene, now it is 30% lower. Producers of polymers made from longer carbon chains, like synthetic rubber, isolation foam and absorbents for baby diapers, start to feel the pinch of higher feedstock prices. For them biobased feedstock is at least a strategic investment, and at the most their new feedstock.

But, still according to Reuters, it is not just price relations which move the market and stimulate biobased feedstock. Consumer demand, which is the driver for Coca-Cola to develop a 100% biobased bottle, is an important factor as well. 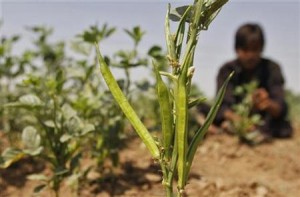 Guar prices went through the roof
In still other ways, shale gas and the biobased economy get intertwined. This week, Reuters published another article on the boom in demand for guar extract, a product from the guar bean mainly produced in India. Shale gas companies use it when drilling for gas, because it is ideal to boost the viscosity of the injected water. The main applications for guar so far were in foodstuff like sauces and ice cream. This year, guar prices went through the roof. But the Indian farmer’s joy will probably be short-lived: all shale gas companies devote a lot of attention to finding alternatives.