You are here: Home / 2012 / November / Oxfam food/fuel report: conclusions do not follow from evidence 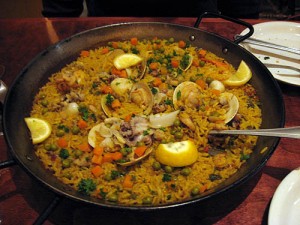 Oxfam working paper 161, entitled ‘The hunger grains’  has had a profound influence on the EU decision to scrap its stricter biofuels mandate for year 2020. But this influence is deplorable: the evidence presented in the report would lead to conclusions radically different from those drawn by Oxfam.

Suggestive phrasing
The report’s essence on food/fuel is summed up in three sentences from the introduction: ‘Countries with poor protection of land rights are magnets for land deals—most of which are to grow crops that can be used for biofuels. If the land used to produce biofuels for the EU in 2008 had been used to produce wheat and maize instead, it could have fed 127 million people for the entire year. It is completely unacceptable that we are burning food in our petrol tanks while poor families go hungry.’ Please note the conditional phrasing: ‘crops that can be used for biofuels’; ‘land … could have fed 127 million people’. Even though Oxfam’s assertions might be true in a factual sense (and I do not contest that), their conditional phrasing in combination with their moral implications turn them into sweeping statements that do not stand up to scrutiny.

I am not an economist, nor an agricultural scientist. I do not contest the factual content of the report. But I am a philosopher and can judge the validity of arguments. It is in that area that I will examine Oxfam’s food/fuel position.

Arable land withdrawal
In Europe, arable land (often among the most productive land in the world) has been withdrawn from agriculture for decades, mainly for city enlargement, industrial complexes, and transport infrastructure. There has been very little objection to this policy, the resistance mainly coming from agricultural organisations, certainly not from Oxfam. Why not, if it fiercely objects land withdrawal for another goal (biofuels)?

Land withdrawal has even been the object of a deliberate European policy to prevent food overproduction (!). In 2006 (the most recent year for which numbers are available), a total of 6-7 million hectares fell under this scheme, about the same area as that used for biofuel production for European cars. The EU paid farmers for not growing crops on them. Did Oxfam ever touch upon this subject? No, it did not. It reserves its moral indignation exclusively for the food/fuel problem. But, we might ask, what would be the point against growing crops for biofuels on this land, when there is no objection to it laying fallow (assuming that this land is still free for agricultural purposes)? 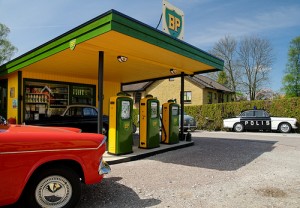 Biofuel crops in Europe: no objections
Social conditions of smallholder farmers contribute heavily to Oxfam’s arguments. We are informed of adverse effects in developing countries, such as Indonesia, Mozambique, the Philippines, Ghana, Guatemala, and Paraguay. Not a single word is devoted to adverse effects of biofuel production within Europe. It is therefore surprising to learn from the Oxfam report itself that in 2008, the majority of the land used to grow crops for European biofuels is in the EU itself (52%), followed by the USA (18%). Ukraine provides another 5%. The whole argument is about one quarter of all European biofuels! So why then argue that all biofuel mandates must be scrapped?

ILUC and land grabbing
Land use change is a hot issue in the food/fuel debate. Whatever its causes, it occurs on a large scale in developing countries, often to the detriment of nature and the local population. Of special concern are the logging of tropical rain forests, and the wholesale procurement of land in developing countries by outside nations or commercial players (‘land grabbing’). The question is: to what extent does European biofuel policy contribute to these phenomena?

On land grabbing, Oxfam refers to an ILC report , which itself prefers to speak of a ‘land rush’. From p.22 of this report we learn that Europe participates in the global land rush for 12%, partly by acquiring land within Europe itself. I will not argue that Europe plays only a minor part in land grabbing; I do not have the evidence to sustain that statement. But I do argue that, in order to put the arguments in perspective, the figure of 12% would have had to be mentioned in a report on European biofuel policy. And it is worth noting that Oxfam does not underpin its rather coarse statement on ILUC (‘when land is used for biofuel production, the activities that formerly took place there must move elsewhere’) with any quantitative data (e.g. comparison of the area of tropical rainforest logged with the acreage used for biofuels).

Hunger and poverty
Oxfam’s last set of arguments relates to hunger and poverty as a result of rising food prices. ‘A key driver of those price increases is the global demand for biofuels’ (p.13). But the report cited to substantiate this claim  identifies many such key drivers. Among which: underinvestment in agriculture as a result of low prices in previous decades (!). It is true: rising food prices pose a serious threat to the urban poorest, who spend a disproportionate share of their income on food. But restoration of food prices to former levels – provided the extra income arrives at the producers – would allow poor farmers to invest in their business. Exactly this happened after the food price spikes in the ‘70s, leading to relatively abundant harvests in the following decades. In real terms, food prices have declined from the 60’s onwards, and have just been restored to the 1960 levels by the 2008 and 2011 price hikes. This might trigger new investments in agriculture, leading to a new era of relatively abundant harvests. And it might not. Needless to say that these niceties are wasted on Oxfam and its sweeping arguments.

Above all, the Oxfam report fails to establish causal relationships between the phenomena it describes. It fails to prove that putting a break on European biofuel use would stop hunger, e.g. in rural India. It does not even try to establish such causal links. Agricultural markets are very much fragmented, and therefore extra food production does not necessarily stop hunger. Even in decades with food overproduction, mankind has not been able to end the hunger and malnourishment problem.

Conclusion
The Oxfam report on food/fuel highlights serious problems in developing countries: rising food prices, land grabbing, and deterioration of indigenous people’s rights. But it fails to establish a connection between these problems and European biofuels policy. In particular, the Oxfam report does not mention a single argument against biofuels produced within Europe itself. Therefore – given the fact that Oxfam does not seriously dispute greenhouse gas savings from biofuels – the report leads to the conclusion that Europe will have to maximize biofuel production on its own lands, as far as conditions allow. And develop legislation to sustain this policy. And take policy measures against ILUC and adverse social consequences of wholesale land acquisitions.

On this #TravelTuesday we would like to congratulate 🥳👏@AardowolfA for achieving partner level on the @TravelifeSystem certification journey. We applaud your efforts and commitment to a sustainable business. #tourism #Sustainability #touroperators @Gnderitu @KTF_Kenya pic.twitter.com/Gb4OEYV8Q4

#IPX - AUM update impressive - UP 25.8% in Q2 to £18.1m New RECORD HIGH! What more can be said about this exemplar asset manager. #sustainable #ESG #Growth twitter.com/YstoneAdvisory…

#GoogleCloud Next ‘20 starts next week. I’m looking forward to 🤩 Sessions from Kelsey Hightower 🤔 Dive in Google #AI 🤯 Demo of Migration to Google Cloud 💡 Solving for #Sustainability Register for free at g.co/cloudnext lnkd.in/eFFSF7m

#architecture must deal careful. #Sustainability is a must. #buildings for a #livable #world SEMODU on Twitter goo.gl/6ObmaJ pic.twitter.com/uXzr0iZFKk

@SitraFund the elephant in the room is the question #beyondgdp which influences the upstream #resourcemanagement and downstream #nowaste #circulareconomy lnkd.in/d9ua9W6