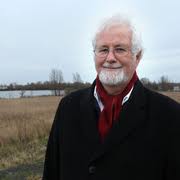 Recently, newspapers and TV abound with reports on scientists who produce fuels like petrol and diesel oil from carbon dioxide and water. Sometimes with sensational headings like in The Independent, 19 October: ‘Exclusive: Pioneering scientists turn fresh air into petrol in massive boost in fight against energy crisis’. But exactly, how revolutionary is this process?  We must distinguish between sense and nonsense.

Fundamental problems
Producing fuels from CO2 (e.g. from flue gases, or from the air) is a long-standing research area. An institute called RITE investigated that area in Japan, from the eighties onwards. Iceland also investigates this pathway. However, the research described by The Independent is quite questionable, and would appear to run into fundamental problems. RITE in Japan, as far as I know, has therefore quit researching this subject.

Researchers quoted in the Independent aim to extract CO2 from the air. It would react with hydrogen, obtained from water electrolysis (using electricity from the grid). This is technically feasible. The usual products in such processes are methanol or methane. But producing petrol is feasible as well. Almost invariably, these products are made from a reaction of H2 and CO2. That raises the question, how these are produced.

How do we produce hydrogen?
–    How do these scientists produce hydrogen? Electrolysis is energy intensive.
–    We could also produce hydrogen from coal, methane or biomass. Instead of using hydrogen produced in this way to produce a fuel from these resources, we might more sensibly use coal, methane or biomass to produce such a fuel directly.
–    If we would produce hydrogen by electrolysis of water, would not it be a waste to contaminate it again with CO2? We could use hydrogen directly, e.g. in a fuel cell car.
–    Electricity used for water hydrolysis could be used directly in the transport sector, e.g. in electric cars. Why not?
–    The transfer of electric energy into chemical energy (first to hydrogen; then to a hydrocarbon) entails major energy losses; do such reactions make sense?
–    When using electricity from the grid, which in practice is produced mainly from hydrocarbons, using this electricity to produce hydrocarbons again is a roundabout (and very inefficient) procedure.

How do we produce CO2?
–    How do the scientists produce CO2? What is the energy used in this process, and could this energy have been used more sensibly?
–    Retrieving CO2 from the air and using it subsequently as a feedstock is very expensive and energy intensive. The energy input in the reaction chain is much bigger than the output (when using the fuels produced). Does this make sense?
–    If we are going to retrieve CO2 from the air, we do so in order to lower CO2 concentration in the air (and slow down somewhat the climate effect). It does not seem a good idea to emit that CO2 into the atmosphere again, e.g. by producing transport fuels from it.
–    Sustainable energy sources like solar and wind power might be used (eventually) for fuels production from CO2. For the time being, it would be a better idea to use the sustainably produced electricity to lower the amount of electricity produced from coal or natural gas.
–    If and when renewable sources produce an excess of electricity, storage will become an attractive option. Storage might be in the form of pumped storage facilities (hydropower), or in batteries of electric cars (if all cars would be electric, their batteries would constitute a huge storage capacity). Or we might store electricity in the form of hydrogen, to be used for electricity production using fuels cells. And we could indeed produce hydrocarbons from such an excess. The latter option being just one of many.
–    As CO2 production from the air for purposes of fuel production is costly and energy intensive, in practice policy makers envisage use of CO2 produced naturally or industrially. The objection being that in the end, CO2 emissions into the atmosphere would continue.

Summing up
Scientists have investigated the possibilities of fuel production from CO2 and water for years; the option is not new. It does not seem sensible to use it at a large scale now. If and when there would be a considerable excess of solar and wind electricity, storage of this energy would be very important. But whether petrol would be the best storage medium, as suggested by The Independent, remains to be seen. Chemical storage, like in petrol, should be energy and cost effective. Provisionally, I would judge other storage media to be (much) more attractive.

The perspective
‘Fuel’ production from the air continues to capture our minds. Much research is done on direct fuel production from CO2 in the air through artificial photosynthesis. In this pathway, fuels are produced from direct sunlight; therefore, most problems discussed above do not turn up. Such fuels are said to be third (others say: fourth) generation biofuels. But exactly which sustainably produced fuel would be the future winner, remains unclear for the time being. It could be petrol (e.g. from coal and biomass, coupled with CCS), methanol, hydrogen, electricity, methane, or another fuel. Producing petrol from the air, as reviewed by The Independent, would seem to be the least attractive of all options.