The legacy of Charles Darwin

This year marks the 140th anniversary of the death of Charles Darwin. And the 163rd anniversary of the publication of his book The Origin of Species. Darwin is the most influential biologist in history. But his legacy has seen its highs and lows. His ideas have been hailed and attacked in a number of waves. Are his ideas on evolution still a guideline for modern biology? 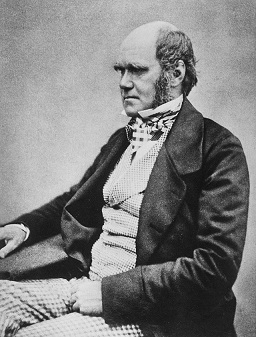 On this subject, Ron Amundson wrote an interesting article in Endeavour. In this article, we chiefly paraphrase his ideas. The author starts by remarking that the reputation of Charles Darwin has changed a lot since his death in 1882. Darwin’s core concept, that species of organisms on earth have descended from common ancestors, has not been challenged a lot in scientific circles. But how did this happen? The ideas in the scientific community on specific mechanisms have seen many changes. Darwin himself was of the opinion that natural selection (see glossary at the bottom of this article) was by far the most important cause of evolutionary change. But as Mendel’s laws were only rediscovered early 20th century, its mechanism was not clear by far, initially. Do we know now how natural selection takes place?

At the conference in commemoration of Darwin’s 100th birthday, in 1909, there was a general enthusiasm for his ideas. Darwin had supported the idea of inheritance, with specific traits gradually changing over time as evolution progressed. But he could only speculate on the nature of such change. This was an important reason why Darwin’s reputation diminished after the centennial. But in his book Evolution: The Modern Synthesis (1942), Julian Huxley both saved and attacked Darwin’s views on this subject. Population genetics had become important by then. Within this framework, Huxley accepted four evolutionary mechanisms: natural selection, drift, mutation and migration. Darwin had recognized just one of these: natural selection. The other three had been discovered later. Huxley is at the basis of what was to be called the Modern Synthesis.

In the meantime, the meaning of the word heredity changed. To Darwin, the word meant both that traits are passed on through genes, and the development of these traits in the individual. But biologists started to discover that this process of development could have different results, although they didn’t know yet how this worked.

But then the tide changed and natural selection became to be viewed again as the most important factor driving the evolution. Inspired by Ernst Mayr, who recognized population thinking to be essential to understanding evolution. Meaning: the spread of new traits into a population; as opposed to typological thinking, that regarded species to be more or less fixed in character. 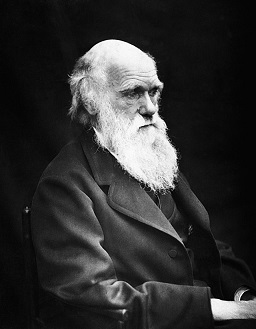 In the second half of the 20th century, developmental biology (or embryology as it was originally called) gained importance. The object of study being the way in which hereditary traits develop during growth, determined by developmental constraints, particularly in the embryo. Defenders of the Modern Synthesis argued however (among others) that the understanding of individual development is irrelevant to the understanding of evolution. For developmental constraints would just alter the makeup of the individual; and therefore wouldn’t change its genetic makeup, which it will pass on to the next generation. The debate on this issue raged during the last two decades of the 20th century.

From 2000 onwards, we see the rise of evolutionary developmental biology, evo devo in shorthand. Evo devo rose as developmental genetics became more important, based on a better understanding of molecular processes. Scientists discovered the existence of homologous genes – genes that are common across a wide variety of living creatures. Many such homologous genes appeared to be almost essential to life as such. A gene called Pax6 determines the earliest development of the eye in both mammals and fruit files. Another set of genes, present in all animals, specifies the three body axes (head to anus, ventral to dorsal, and left to right). Even single-cell and multi-cell organisms share some genes; though the tasks that they perform may be different. It is as if nature makes important discoveries just once – and then passes on the relevant knowledge to all other offspring.

A new field of science came into existence, called epigenetics. Its importance showed when the Human Genome Project failed to identify the causes of human diseases by simply identifying the sequence of DNA base pairs. Instead, researchers had to recognize that gene expression may take place in a number of ways. This is important to evolution as well. For the relevant question is no longer: what genes exist? But: what controls the expression of genes in various cells and tissues? This is ruled by epigenetics; a field not determined by the properties of genes.

Epigenetics is still growing in importance. For instance, we now recognize that epigenetic changes can become  hereditary and persist across generations. There are only about 13,000 genes; but there is an incredible diversity among living creatures. Homologous genes are being discovered all the time; even though their expression may vary a lot. ‘Development is now seen as a matter of the epigenetic control over genes, not simply the presence of protein-coding segments of DNA.’ The author proposes heredity to be a process, not a preformation: it is about how we grow, how we develop, how we age. And he concludes: Charles Darwin believed this!

Developmental genetics: The study of the ways in which organisms grow and develop, depending on their genetic properties
Drift: The phenomenon that a gene can express itself in different ways
Epigenetics: The research into hereditary properties not determined by changes in DNA
Migration: The introduction of new genes into a population, the opposite of isolation
Mutation: Change in the hereditary properties of an organism
Natural selection: The process through which, in a given environment, differences in the genetic makeup of individuals will result in differences in survival and reproduction
Population genetics: The research into differences within and between populations; regarding phenomena like adaptation, speciation and population characteristics

Interesting? Then also read:
Can we engineer life? From evolution to revolution
Gene transfer, a new mechanism
Who are we? The microbiome revisted