The most important factor continuously propelling and changing society is technological development. Karl Marx would have been delighted to see that present-day society is still characterized by the relationship between base and superstructure as he proposed it, almost a century and a half after his death. Take the example of the smartphone and the way it has changed society – just by being there. Where will this take us? 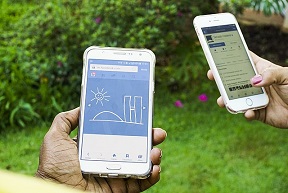 Technological development has determined social development for over a century now. Maybe even for over two centuries. The base (technology) exerts an ever growing influence on the superstructure (culture). We cannot evade this, we all participate in this process. And it would even seem that this development is now coming into overdrive. The RethinkX reports have made us aware of this. Again we take the smartphone as our example.

The smartphone has been facilitated by the combination of a number of innovations. Miniaturization of transistors, digitalization of networks, the lithium-ion battery and better software. Within just ten years’ time, the smartphone jeopardized the oil sector, even though this is far removed from it. In the beginning, the smartphone gave rise to new products and services. The device can take pictures, it lends itself to playing music and games, and to finding one’s way. Then, the smartphone started to change our social life. Like in the way we make friends and come into contact with others. The device changed the way in which we find and share news. In developing countries, there are even bigger changes. For the first time, people now have access to banking services and loans, corporate information, education and entertainment. All these new opportunities led to an explosive growth in demand for smartphones, and that again drove down prices. The dynamics of technological development. 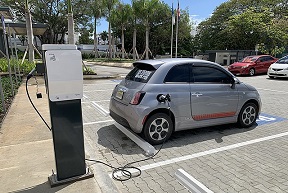 But the smartphone also influences transport, and here we touch the realm of the oil industry. Firstly, it facilitates mobile taxi services, like those offered by Uber and Lyft. Moreover, costs of lithium-ion batteries start to fall quickly. That again facilitates the development of electric cars, even that of self-driving cars. The story of fundamental changes in a nutshell: unexpected consequences that even eat into the most powerful companies.

Technological development call into being an entirely new sector: Transport-as-a-Service. For all of a sudden, the motor car industry is being hit in its Achilles heel: individual transport is structurally more expensive than combined transport. A problem that industry has been able to evade for over a century; because people are so much in love with this toy-for-grown-ups, the private motor car. In shared transport, all the more so if this is being done with electric cars, consumers can cut costs in many ways. Like:
– effective utilization of cars (now often 5% of the time at most) can increase by a factor 10
– electric cars live longer
– and have lower maintenance costs.
And there may be many more advantages. Like: batteries in electric cars can provide peak storage capacity for renewable energy; and batteries may have a second life if the car itself has been depreciated. 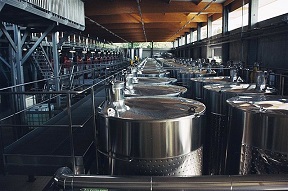 Technological development will also change fundamentally our food system, says RethinkX. Primarily because the technology for industrial food production, fermentation technology, is in rapid development. Fermentation technology is an umbrella name for biotechnological processes used in food production. Quite the same as those taking place in plants and animals; but we have now mastered the art of using them in the factory. Often, scientists transfer the genetic code for the process in question to a ‘work horse’, an alga or a bacterium. RethinkX judges that primarily the most inefficient component of the food chain will be ‘dismantled’; meat production. The meat industry has small financial margins, and uses its feedstock inefficiently. Therefore the sector is vulnerable to attempts to produce a similar product from much less resources.

We can use fermentation technology cost-effectively on a small scale too, and that opens up the door towards a decentralized production system. We can substitute meat in many ways: as an ingredient in meat products (without consumers maybe even knowing it); as a meat substitute, possibly looking like the original as much as possible; and in the form of entirely new products. The new production sector will be much more sustainable than the old one, with much less greenhouse gas emissions, healthier, and with less side effects like antibiotics resistance. And probably, operating at a lower cost.

RethinkX expects changes that will all enhance sustainability. Transport will go down because people will use more shared transport. Fuel use will change, resulting in far lower emissions. Emissions from cattle breeding will largely disappear, as we are going to produce meat and meat products directly from vegetal feedstock. And in the future we will no longer produce our energy from fossil fuels, but from solar and wind energy.

In other words, the society of the future will make much smaller demands on nature. We will overcome any threats resulting from limited feedstock supplies. Old conflict sources will then largely disappear – often, these originated in an uneven supply of natural resources. We will largely stop carrying resources around the globe. Regions will become more autarkic, at least in the area of natural resources. That will create a completely new international dynamic, albeit not necessarily more peaceful than the present one.

A great variety of changes

All these changes have a common component: miniaturization. We will be able to command much more information because of our mastery of photons, atoms and molecules; materials performance will become much better; in the near future we will be able to produce food from much less natural resources. All these changes will require major adaptions from the population. Old powers will disappear, new will come to the forefront. But we haven’t yet developed proper control techniques for the latter, and that will determine tomorrow’s tensions.

All in all, the future looks contradictory. On the one hand, technology will allow us to overcome illnesses. And to ease out existing conflict areas. In the fields of food, transport, energy and materials, new technologies will carry us better sustainability. Less demand on natural resources, less physical shortages (and less conflict zones because of those shortages). But in the field of information, we will witness the rise of new conflict zones: manipulation, cyber criminality, espionage, imbalances of power. This is a new area, and so far nobody knows how to deal with it. We don’t yet know how to counter the imminent threats.

In the past century, healthcare was one of the beneficiaries of our growing insight into natural processes. Nowadays we can often witnesss down to the molecular level how a medicine works – and how it is being obstructed in its action as well. The pinnacles of our medical research make the most of the miniaturization of our knowledge and technology. We see that miniaturization coming in many areas. Two of the very visible applications are fermentation and solar energy. Localized and small-scale applications become the standard.

But then, the knowledge that underpins this miniaturization is being developed internationally. The technologies are being produced at a large scale. A tension has developed between the small-scale technology and the large scale in which it is being developed. A tension that will require new solutions. How can we ensure that local applications will not be entirely determined by the large-scale licensor? It is by no means clear if such solutions are in the making. Maybe outside our view, in the Third World? Would those countries have mechanisms at hand with which they can turn local ‘disadvantages’ into an advantage? So far, we are not aware of them.

The changes coming our way will test our resilience. Each change will test existing relationships. Innovations in healthcare are of major importance for those who suffer from the condition in question. But often, such innovations are expensive; they will drive upwards the costs of healthcare.

What are the alternatives? Are there limits to technological developments in healthcare? Could there be social limits, that would drive us to accept just those changes that have favourable social effects? Or will we have to revert to official policy in order to impose limits to technology? With the inevitable consequence that people interested in some cure will always try to evade official barriers? Our society needs guidelines for the development of sensitive areas like healthcare. If these don’t exist, they will remain a playground for many pressure groups.