You are here: Home / 2021 / December / Solar parks, opportunities and problems

Solar energy is making a breakthrough. Solar panels become cheaper all the time. Therefore, structural problems, like their diluted electricity production, become less important. Even in a country with little space like the Netherlands. But how will solar energy be applied? Solar panels on all roofs? Solar parks that will crowd out agriculture? Solar energy requires a lot of space. The road towards solar will not be easy. 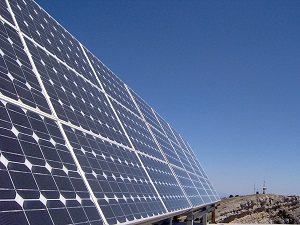 The difficult road towards solar energy

Some simple arithmetic on our home country, the Netherlands. How much electricity can we produce if we cover all residential homes with solar panels (most links in Dutch)? Low hanging fruit, for this application doesn’t eat into other functions. We assume a moderate productivity and don’t assume future solar panels with super productivities. The Netherlands measure 41,543 km2, of which 474 km2 consists of residential roofs. On that area, we can produce 78 PJ electricity, almost equal to residential electricity consumption of 80 PJ. Rather disappointing, as residential electricity consumption is just 20% of total residential energy use (410 PJ). And that again is a mere 17% of total energy use, that amounts to 2,400 PJ. If we cover all roofs (insofar suited for the job) with solar panels, we can therefore cover 3% of national energy consumption – at most. We will have to do more!

And we can. There are not just homes, there are offices and industrial buildings too. Their surface is almost 100 km2. About 20% of which are offices and 25% shops. They might cover their own electricity consumption as well. So far, just a tiny amount of commercial buildings has been covered with solar panels in the Netherlands. But as prices of solar panels fall, entrepreneurs will look into making a profit in that area as well.

And then, there are 1,200 km2 of infrastructural objects in the Netherlands: roads, dikes, roadside areas, noise barriers, landfill sites, railroad areas, et cetera. Their potential for solar energy is being investigated in a national consortium Solar on Infra. In which national, regional and local authorities participate, as well as businesses and their associations, and universities.

But each solution for the application of solar panels runs into its problems. For instance, classic solar park systems cannot be constructed on the dikes, ‘as they will be conducive to erosion, and this might be a threat to the safety that dikes are supposed to deliver.’ And a pilot project on a noise barrier along a highway hasn’t had any follow-up, so far. 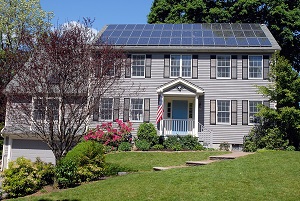 Solar panels on water have the major advantage that they are being cooled down permanently; they will therefore be more productive. But here too, almost all activity is in pilot projects.

Solar panels on agricultural land seem to be less interesting at first sight; because they diminish agricultural production. But this is exactly the area that shows an increase. For the areas involved are large, the number of decision makers is small; and if the grid allows for the new production capacity, there are few impediments. And yet, such solar parks run into resistance too. The ‘not in my backyard’ syndrome pops up here as well. And what’s the gain for society if we just exchange one monoculture (agricultural land or pasture) for another one? And does anything grow underneath a roof covered with solar cells? In order to overcome such objections, sector organization Holland Solar drew up a conduct code. This entails that their members’ solar parks will promote biodiversity. That they will not damage soil life and that they will try to get much public support. In 2025, these conditions will have to produce an EcoCertified Solar label.

Solar parks that care for biodiversity

Sabine Sluijters, writing for the site change.inc, took a look at such a solar park. Together with Rosanne Bevers of GroenLeven, she visited solar park Donkerbroek in the East of the Netherlands. What about biodiversity, there? ‘The main effect is dependent on the translucence of the solar panels,’ says Bevers. ‘Glass panels for instance still transmit 6 to 9 percent of incoming light. Plants will still grow underneath such rows…. And we need to take care as well of the height of the panels, their angle and the amount of rain they pass through. We now use click-in systems. These have strips that pass through water. And water plus light means life.’

GroenLeven aims to create a number of different ecosystems in their solar parks, in order to promote biodiversity. A pool in which frogs, toads and salamanders can live; it will attract dragonflies. A dry patch that is being mown very short, then turned over and sown with a mixture of herbal seeds. ‘We need a lot more of renewable energy. But that shouldn’t be to the detriment of biodiversity and soil life,’ says Bevers.

Solar parks that match the landscape

In the Netherlands, each square meter has a specific use. But a combination of solar energy and agriculture or horticulture might be successful. The (Dutch) TNO project Symbizon explores the opportunities for such schemes. ‘In that project, we don’t just target the energy transition, but the agricultural transition as well,’ says Kay Cesar of TNO. We could space the panels somewhat further apart. Underneath the panels we may grow herbs, in between a crop. Or the farmer grows soft fruit like currants or raspberries underneath the panels (that should pass through some of the incoming light). The panel also protects the crop from hail and high temperatures.

We may take multiple land use even a step further. In the Dutch Koggenland, a private foundation developed a project for a park. Underneath the solar panels they project fruit trees; cattle and chicken may be part of the scheme. There is swimming water, there will be footpaths and mountain bike paths, and there will be room for a food forest and nature education. Land filled up with solar panels often meets with resistance. But if people can participate, and if the area might become useful for them, their reactions are much more favourable. Says Ton Scholte, chairman of a foundation that developed such a plan, to the site voordewereldvanmorgen.nl.

We still need to discover a lot

Wageningen University investigates whether natural development and solar energy production will go hand in hand, following such procedures. At other locations, researchers try to combine solar energy production and horticulture. Some crops will prefer the shadow produced by solar panels. There are a lot of opportunities beyond solar parks that just produce solar electricity and nothing else. We should develop such opportunities now.