You are here: Home / 2021 / December / Microbes that eat plastic pollution

Plastic pollution is everywhere nowadays. Even in the remotest places on earth. A problem that we need to address urgently. But nature may be working hard to help us solve the problem. By evolving microorganisms that eat this pollution. Researchers from Sweden’s Chalmers University of Technology found proof of this.

Mass production of plastic has skyrocketed. Seventy years ago it amounted to two millions tons annually; now it is 380 million tons per year. Of this amount, an estimated 9 to 14 million tons end up in the oceans. Where they add to the estimated 150 million tons already present, according to a report by Ocean Conservancy. This organization judges that we need ‘stopping leakage in the first place, rather than treating it after pollution has already occurred.’ It is hard to disagree with them – it’s simple environmental logic. Even though stopping plastic pollution is a difficult and long-term project, as they show in their report. Nevertheless, it is hopeful that at least partly, a solution seems to be in the making from the other end. Plastics that were thought to be non-degradable, appear to be able to degrade. Nature develops tools to this end.

Researchers from Sweden’s Chalmers University of Technology analysed environmental DNA samples from around the world. They found many microbial enzymes with the ability to degrade plastic. Amazingly, their number is larger in proportion to local levels of plastic pollution. According to their findings recently published in the journal mBIO. And reported in ctvnews.ca.

The researchers first compiled a dataset of 95 microbial enzymes already known to degrade plastic. Such as those found in bacteria that live in landfills. Then they looked for similar enzymes taken from more than 200 locations around the world. The researchers analysed more than 200 million genes found in these samples. They found 30,000 enzymes that could degrade 10 different kinds of plastic. In order to avoid false-positives, they compared these enzymes to those found in the human gut, which contain no known plastic-degrading enzymes. 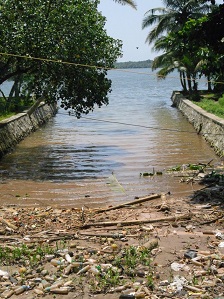 Apparently, the environment responds to the pressures placed upon it. As it is now flooded with plastics, it develops mechanisms that degrade it. The researchers found that the number of enzymes discovered correlated to the amount of plastic pollution in that area. For instance, they took samples from 67 locations across oceans at different depths, finding 12,000 plastic degrading enzymes. Of which more plastic-degrading enzymes at lower depths. That correlates to the greater level of microplastics observed deeper in the ocean.

They also took soil samples from 169 locations in 38 countries and in 11 different ecological habitats. There they found 18,000 plastic-degrading enzymes. Many soil samples showed an elevated concentration of phthalate-based plastic additives. Used in industrial processes to make plastics more durable. These often leak into the environment during production, disposal and recycling. And there, the researchers found more enzymes that were able to degrade those compounds. Again, this indicates a connection.

Surprisingly, the researchers discovered many enzymes that don’t fit into any previously categorized class of microbes. This offers interesting prospects for further research. The discovery of new microbial enzymes could be used to create better recycling processes. At present, it takes decades to degrade PET bottles. ‘The next step would be to test the most promising enzyme candidates in the lab to closely investigate their properties and the rate of plastic degradation they can achieve,’ study author Aleksej Zelezniak says. ‘From there you could engineer microbial communities with targeted degrading functions for specific polymer types.’

So in the end, we might not have to rely solely on better prevention of plastic waste. We could also develop tools to help relieve the problem from the tail.