In long-term conflicts, often we can hardly tell when they started, or what their origin was. And who played what part? Often, the beholder is the judge of the answer; or the latter depends on the moment of reflection on past events. Dutch 17th century history mentions four sea wars with the English. English history mentions just one – the last one, the one they won. Spanish history courses don’t mention the 80-year war that the Dutch fought in the 16th and 17th century for their independence from Spain. 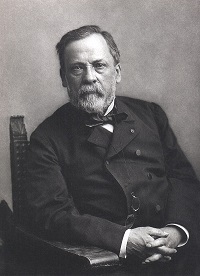 The history of antibiotics contains many such peculiarities. The development of penicillin is closely connected to the heavy casualties in the Second World War. Aspirin’s development has been told in two different stories. French-German wars have cast their shadow on the relationship between the major players in the early years of our history, Louis Pasteur in Paris and Robert Koch in Berlin. Paul Ehrlich, who invents the first chemotherapeutic agent, Salvarsan, does not figure in some books because of his descent. The inventor of the first sulfa, Gerhard Domagk, cannot collect his 1939 Nobel Prize until years after WW II and therefore misses the remuneration that goes with it. 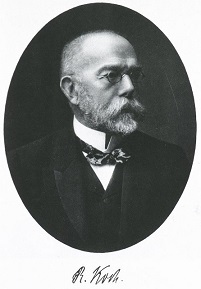 Our eternal struggle with diseases and discomfort has many characteristics of such a long-term conflict. In particular where infections are concerned. Most casualties of WW I fall victim to an infection; a hundred years ago, that motivates many researchers in their quest for medication. The corona pandemic reminds us brutally of the fact that new infections can arise at any moment. Aside from the HIV/Aids pandemic, we have enjoyed a major period of armed peace in our struggle with infectious diseases. The sulfas and the penicillins are largely responsible for our loss of fear of infections. But our (great-)grandparents who lived before 1940 often told us: ‘Take care not to catch something’. They meant we should beware of infections, often life-threatening back then. In the mind of most people living between the world wars, science had only just discovered that most infections were caused by microorganisms, bacteria and viruses in particular. And the medicines against such infections were by far not generally known yet.

Picturing the enemy. Basic structure of bacteria and examples of their forms (commons.wikimedia.org). Most bacteria are 0,001-0,005 mm long. Variation can be large: from 0,0001 mm to 0,75 mm (click to enlarge).

But general knowledge of microorganisms has been there for a long time already. Everybody knows that Anthoni van Leeuwenhoek discovered microbes through his self-constructed microscope. In September 1697, an intense toothache torments him to such an extent that he personally removes the tooth, and places it underneath his microscope. In the pus in between the tooth’s roots he discovers thousands of living ‘little animals’. It doesn’t take long for him to spot them everywhere. According to his calculations, a water droplet might contain two million of them. But Van Leeuwenhoek doesn’t yet connect them to health and hygiene. It lasts till spring 1847 until Ignaz Semmelweis makes this connection, in the maternity ward in Vienna. He succeeds in reducing the incidence of childbed fever dramatically by a practice of hand washing and disinfection. But Semmelweis does not receive credit for his discovery and dies, mentally ill, from an infection in a mental institution, 47 years old. Joseph Lister, an Englishman who extends Semmelweis’ hygienic principles to medical practice in general, does get the credit as a life saver; at the age of 70, he is appointed a Lord. To him we owe the first important disinfectants like carbolic acid (phenol), and the introduction of sterile practices. 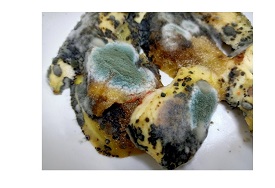 The struggle with bacteria really starts to get on the road with the work of chemist Louis Pasteur (1822-1895) in Paris and medical doctor Robert Koch (1843-1910) in Berlin. In 1877 they both discover, more or less independently, that a bacterium is responsible for the illness anthrax in sheep. This discovery is soon followed by identification of the bacteria that cause tuberculosis and cholera. Researchers subsequently develop vaccines (sera) based on an injection with weakened bacterial cultures. Such vaccines are already known since 1796, when Edward Jenner (1749-1823) developes the cowpox vaccine. But unfortunately, many diseases cannot be cured with vaccines. We need new weapons. Moreover, following the first successes of Pasteur and Koch, researchers discover that many diseases are caused by bacteria: typhoid, malaria, diphtheria, pneumonia, dysentery and syphilis.

Intermezzo
The discoveries by Pasteur and Koch carries tension among them. They are both strong-willed and dedicated researchers. Moreover, their work takes place in the context of the ‘eternal’ conflict between France and Germany. They don’t speak nor understand each other’s language. Misunderstandings therefore arise easily in personal contacts during scientific meetings. Moreover, they differ fundamentally in their views on the properties of microorganisms. Koch and his German colleagues look upon these as unchangeable. According to Pasteur, having in mind Darwin’s recently published theory, they can adapt to their environment. Maybe one of the reasons why Koch accuses Pasteur of sloppy work. Moreover, Pasteur is not a medical doctor; the quality and consistency of his vaccines are not perfect (although this is only clear from hindsight). But they are effective! Ironically, the chemist Pasteur develops an immune theory, with views on resistance to medicines and the prediction that new infectious diseases will still be coming; whereas Koch as a medical doctor lays the foundation for application of chemical knowledge in the search for weapons against infections.

To the general public, one of the main achievements of Pasteur’s work is that he disproves the fairy-tale that life can originate spontaneously (for instance from rotting fruit or meat). People become aware of the micro-life of bacteria, viruses, moulds, phages etc., and their impact on our lives. And that weapons against infections can be not just vaccines, but chemicals as well.

Sources:
Wikipedia: all names and products mentioned
Pasteur-Koch: Distinctive Ways of Thinking about Infectious Diseases. Agnes Ullmann, Microbe Magazine, 22 juli 2011.
A short history of medicine, pg.175-185, E.H.Ackerknecht. Johns Hopkins University Press, 1982.
Antibiotics: from prehistory to the present day. Kate Gould, Journal of Antimicrobial Chemotherapy 71(3), 572-575, 2016.
Wetenschap overwint de microben. G.Venzmer (Dutch translation K. Frits). Roskam publishers, Amsterdam, 1943. This quite accessible book has been published by a controversial publisher. Roskam published some 130 titles during the occupation of the Netherlands by Germany. These comprised some twelve military works, and about thirty books that fitted nicely in the national-socialist ideology.