You are here: Home / 2015 / June / Bioeconomy: much more employment in biobased chemicals than in biofuels

More than once, we devoted our attention to the negative impact of biofuels policy on the biobased chemical industry. New calculations by Nova Institute now show that in the bioeconomy, biobased chemicals production leads to much more employment than biofuel production. Whereas both reduce CO2 emissions. Europe, what’s on your mind? 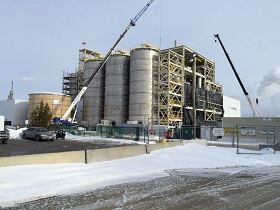 Biofuels and biobased chemicals in the bioeconomy

But biobased chemicals and biofuels also create employment in agriculture. Not more than half of the aforementioned amount of 26.8 million tons of feedstock is produced in the EU. Making an educated guess about the workforce required to produce this European input leads to a figure between 100,000 and 200,000. On the basis of the same agricultural productivity for biobased chemicals, this industry would require a workforce of just 30,000 to 60,000. Still, if we add up employment in industry and in agriculture, biobased chemicals will still create twice as many jobs as biofuels, per unit of feedstock. And there is another difference. Europa could well produce its own requirements for the production of biobased chemicals, but not the (much larger) amount for biofuels, if it should wish to shift completely to biofuels. This will be the subject of an upcoming Nova report: ‘Sustainable biomass potential for biofuels in competition to food, feed, bioenergy and industrial material use in Germany, Europe and worldwide’. This might elucidate how (un)sustainable the production of the required amount of biofuels within Europe might be. 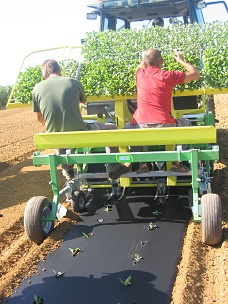 Total employment in the bioeconomy in Europe is 19 million.

Employment in the bioeconomy

Nova also investigated total employment in the European bioeconomy (that is agriculture and biobased economy taken together). In 2011, total turnover in the European bioeconomy sector was € 2 trillion (€ 2,000 billion). Employment in the sector amounted to 19 million people. Most of these were employed in agriculture (53%). Other sectors: forestry (2.5), fishery (0.9), manufacture of food products (21.3), manufacture of beverages (2.2), manufacture of tobacco products (0.2), manufacture of textiles and textile products (4.4), manufacture of paper and paper products (3.4), forest-based industry (10.5), biofuels (0.1) and manufacture of chemicals (excl. biofuels), chemical products and plastics (1.5). In terms of turnover, the share of agriculture is much lower (18.7%), and food products (42.8) is by far the largest sector. Other sectors: beverages (7.1), tobacco (2.1), paper (8.7), forest-based industry (10.6), fishery (1.8), forestry (unknown), biofuels (0.3), chemicals and plastics (3.8), and textiles (4.0). Employment in direct energy production from biomass, and in co-firing in coal-fired power stations, is either included in the forestry figures, or so low that it does not show up in the statistics.

In comparing countries, Nova researchers noted that industrialised countries like Germany and the Netherlands have high scores in bioeconomic turnover and relatively low employment in the bioeconomy. In countries like Poland and Romania, many people are employed in agriculture but bioeconomic turnover is low. For instance, the bioeconomic sectors of Poland and the Netherlands are almost equal in turnover (about € 100 billion), but Poland employs seven times as many people in the bioeconomy (3 million vs. 400,000). And Germany and Romania both employ about 2 million people in this sector, but German turnover is almost tenfold that of Romania (about 400 billion vs. 40 billion). The researchers issue a warning that figures may be imprecise; but still they show clear differences between Northwest European countries and the rest. Italy is the exception here with much employment in the bioeconomy (2.5 million) and a major turnover (€ 275 billion). Therefore, interests in the bioeconomy differs greatly among countries; still, with an eye on the future, common agricultural policy in Europe will have to leave room for the development of the biobased chemical industry.