You are here: Home / 2015 / March / Cooperative banking in the biobased economy – but without the Rabobank?

Poor Rabobank! Potentially it is one of the main financiers of the biobased economy. But will it have to say goodbye to its successful cooperative model, whereas the biobased economy seems to need it now? Cooperative banking has powered its growth; just a few years ago, Rabo was the only privately owned bank in the world with an AAA status with credit rating agencies. It passed the banking crisis relatively unscathed. But financial authorities with little empathy for the cooperative corporate model forced the bank to become like all the others. That reorganisation is half-way now. 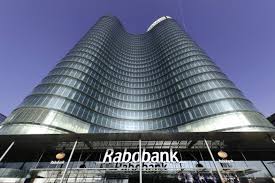 Power and weakness of the regional organisation

Rabobank is the second bank of the Netherlands and the 29th of the world, now active in some 50 countries. Originated from a merger of the Raiffeisenbank and the Boerenleenbank (Farmer’s Credit Bank), Rabo traditionally has been the most important financier of the successful Dutch agricultural and horticultural sectors. In addition to that, Rabobank has the nation’s largest mortgage portfolio. In 2014, the organisation as a whole made a profit of € 1.8 billion, whereas the liquidity buffer was € 80 billion. Traditionally, Rabo used to be a cooperative bank without shareholders. The centre of gravity always lay with the local (independent) Rabobanks, which had a board of their own, and were controlled by the local members, mostly farmers and medium-sized entrepreneurs.

But in 2008, the banking crisis revealed new risks and alerted the financial authorities. With Rabo, these risks were precisely in the decentralised structure. The local banks, according to financial authorities AFM and DNB, often lacked in precision in their administrations; and as a result of that, the central Rabo organisation could not judge their risks with the precision required in this matter. Credits, so they judged, were authorised on the basis of good faith and long-standing relationships, rather than on the basis of objective criteria. In 2010, AFM fined Rabobank for this. And the financial authorities kept on warning that financial oversight on the local branches was poor. In 2012, DNB threatened to issue an ‘instruction’, a step without precedence. In the power struggle between the local banks and the central organisation, this was the decisive move. From that moment onwards, cards were redistributed. The Rabo organisation decided for Vision 2016, that is being executed now, and will largely bring power to the central office in Utrecht. 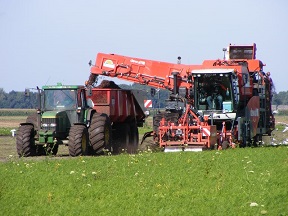 Rabobank is the main financier of the successful Dutch agricultural sector.

Communication between Rabobank and its clients undergoes a radical change. From time to time the press reports about it, and the consistency of these reports indicate that this is a structural and national phenomenon. Long-standing clients suddenly are refused new loans, some get broke because of that. It may happen that the local bank does authorise a credit, but that the central organisation strikes it off. Some newspaper articles mention a large turnover of staff in local branches. Without exception, newcomers are less experienced; for their support they make use of standardised calculations, better suited for the analysis of economic sectors than for that of individual companies. Companies can fail to get a loan simply by risen land prices, or by fluctuations in world market prices. Whereas in the past, one bad year was judged an acceptable risk for agricultural enterprises, nowadays this seems rather a reason to reduce or even finish long-standing relationships.

‘For decades, Rabobank was renowned for its local strength,’ a former banker tells the Dutch investigative website Follow the Money. ‘The typical strong point of a cooperative bank. But personal contact of the local banker with his clients is rapidly disappearing. Nowadays, the head office in Utrecht ordains. In fact, Rabobank has ceased to be a cooperative organisation.’ ‘Rabo is becoming a franchise, like McDonalds,’ another says. 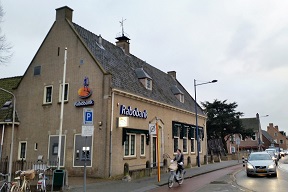 Banking in the biobased economy

And now to the biobased economy and its financing needs. Reflecting upon that issue, one will come to the conclusion that the biobased economy will have its points of gravity in the regions, depending on local crops and their available processing technologies. In the biobased economy, the biobased industry will need to make use of every available carbon atom, just like petrochemical industry now, both for economic and ecologic reasons. That will give rise to a ring of very diverse industries around the farms. That would seem to require regionally based financing schemes, based on knowledge of the regional agricultural sector. In other words: the model that Rabobank seems to say goodbye to, now. Maybe, the Rabo organisation has passed the point of no return already; maybe, the number of employees coming from other banks (particularly ABN/AMRO that went through many adventures itself) has risen to such a level that the cooperative DNA has largely weakened. Maybe, the biobased economy still is so rudimentary that its perspective does not measure up to the pressure of financial authorities. But for a bank that always found its strength in this sector, this does seem to be a lost opportunity. Nevertheless, in accordance with the bank’s mission to the agricultural sector, Rabobank still is one of the most active banks in this field in North-western Europe.

In the meantime, an alternative has presented itself: the credit union, a revival of the cooperative inspiration that led Raiffeisen some one hundred years ago. ‘A credit union,’ says the site dekredietunie.nl, ‘is a cooperative of SME entrepreneurs who lend money to a common fund, and of SME entrepreneurs who get credits from this fund. Credit supplying members act as coaches for the credit receivers, either start-ups or experienced colleagues. They work to ensure good results for the entrepreneur and in doing so, enhance the chances of success. A credit union promotes mutual solidarity of credit suppliers and credit receivers; it does not aim to make a profit and is democratically organised.’ In the Netherlands, there are 151 credit unions now active or in formation, partly on a regional basis. A bill to regulate them is under consideration in parliament. ‘In foreign countries, these financing schemes are quite common,’ says dekredietunie.nl. ‘In Canada for instance, some 15% of SME loans are on the basis of credit unions, in the US 6%; and in some European countries, too, credit unions are a well-known phenomenon now.’ For instance in Ireland.

A book on credit unions states: ‘The unique characteristics of credit unions reduces the information asymmetry that is prevalent in credit making decisions, enabling them to provide loans where other financial institutions cannot’ (1). Because of new lending rules, and the way banks have reacted to them, it has become increasingly difficult to get loans up to € 250.000. Credit unions fill up that gap. And in so doing, they will play an important role in the biobased economy.

Could Rabobank still take up its natural role? Still, Rabo is much more regionally organised than other banks. Potentially, scale increases that took place in recent years could have turned Rabobank into an organisation better fit for that role in the biobased economy, where the centre of gravity will no longer be the village church but the wider region. As long as Rabo does not transfer all power to the central organisation but lends a form of independence to local banks, the bank can still fulfil the role of catalyst of such developments. It would seem wise to try and strike a modern balance between the central and the regional levels, while retaining the identity of a cooperative. A form of cooperation or even merger with local credit unions might even be conceivable.

(1) An investigation into the link between Credit Union Characteristics, Location and their success, Ann-Marie Ward and Donal G. MCkillop, Cirec 2005. Blackwell Publishing Ltd.